Why Hardee's Biscuits Are So Good

My grandmother once told me you can't make good biscuits if your heart is too heavy for them to rise. I'm not sure this is a Southern proverb as much as it was her kind request for me to get out of a sour mood. I was helping her make biscuits, when I'd rather have been watching TV.

But it's true that biscuit making does require more than the right ingredients or perfect technique. It needs love, and if you've ever had a Hardee's biscuit, you've tasted love.

The fast food restaurant, which opened its first location in Greenville, North Carolina, in 1960, has been making biscuits for more than 50 years, but not for its entire existence. Which is a shocking fact when you realize that the morning meal is precisely why this restaurant is loved by so many Southerners—and makes up somewhere near half of the store's total sales every year.

The Delicious History of Biscuits at Hardee's

If you can believe it, Hardee's was first known for its charbroiled burgers, French fries, and milkshakes. Breakfast was not even on the menu until the 1970s, when Hardee's franchise operator Boddie-Noell introduced biscuits to a Virginia Beach, Virginia menu, hoping to boost slow sales—and it worked! The biscuits were a hit in the military town, and in 1977 the Hardee's Made From Scratch Breakfast Biscuit went nationwide.

Whatever Happened to the Cinnamon N' Raisin Biscuits?

But the biscuit heroes weren't done. In the 1980s, the restaurant introduced Cinnamon N' Raisin biscuits, which were a dessert-worthy cinnamon-swirled raisin-studded biscuit with a blanket of sweet icing.

In the late 1980s and early 1990s, Hardee's partnered with the California Raisin Advisory Board, which was hot on the task of getting Americans to eat more raisins. With the biscuit and kids' meal toys of the pop stars The California Raisins (remember those?), the Cinnamon N' Raisin biscuit was a hugely successful launch for the company.

And then, in 2002, they axed it from the menu, breaking hearts everywhere. (Mine included.)

What Makes Hardee's Biscuits So Good?

Hardee's prides itself on their Made From Scratch biscuits—and they're not afraid to show how proud they are. Each year, Boddie-Noell hosts a Biscuit Maker Challenge which pits biscuit makers from four states and hundreds of Hardee's restaurants against one another to crown a Biscuit Maker Champ.

But even if you can't get to Floyd, Virginia (home of last year's champ Crystal Link), you can rest assured the biscuit maker at your local Hardee's is using as much love as these biscuit makers.

Because it takes a lot of love to be willing to wake up in the early early hours of the morning to get to Hardee's by 4 a.m. to start making batch after beautiful batch.

Now here's where I tell you that the real secret of the biscuits lies somewhere between the confidential baking mix, the buttermilk, and the detailed steps. Each maker probably has their own little secret—dipping the cutter in flour between each biscuit cut, kneading the dough a certain number of times, or turning the biscuits a certain way for baking. But you can guarantee, batch after batch will bake up beautifully golden brown.

Two-time Biscuit Maker Challenge Champ and five-time finalist Tony Robinson of a Virginia Beach Hardee's revealed what his morning routine was like in a post-championship interview: "Every morning I come in approximately 4:10, so I'm making biscuits from 4:10 until 11 o'clock in the morning. To make a perfect biscuit, we start with a large mixing bowl. We have our biscuit mix. We have 2 quarts of buttermilk. We mix that together. And on our table we have flour. We roll our biscuit mix out. We cut them with the biscuit cutter. We put 12 biscuits on a tray. We put them in the oven for 8 minutes, and that perfect biscuit is right there ready to eat."

On a given day, biscuit makers at Hardee's may make 300 or more biscuits, and on especially busy weekends, they might expect to bake up 60 to 65 dozen biscuits a day, according to one Hardee's biscuit maker in Middlesboro, Kentucky, who made news for making one million biscuits in her career.

You can certainly make your own biscuits at home—we love our Buttermilk Biscuits recipe for weekend breakfasts and holiday brunches. But there's something to be said and appreciated about opening up a Hardee's biscuit and seeing that sudden rise of steam and the glowing bath of buttery glaze.

We're not here to say that other restaurants don't have good biscuits. Certainly many will cast their vote for Chick-fil-A, Jack's, even McDonald's, but among the Hardee's loyal, no one else holds a candle.

"Hardee's Biscuits aren't like the small, two-bite biscuits my grandmother made in her own kitchen. They're bigger, fluffier, and have lots of nooks and crannies for butter. She taught me to love both equally," says Senior Social Media Editor Brennan Long. "Hardee's Biscuits are so delicious I'll eat one plain, but my favorite way is with a slice of tomato from my grandmother's garden. In the summer, she often brought a Tupperware container full to her siblings' regular Saturday booth."

Homes and Features Editor Betsy Cribb adds, "Once a month, my Sunday school teachers would take us to Hardee’s for breakfast. My mom made us a lot of Southern staples growing up but never sausage gravy, so Hardee’s Biscuit ‘N’ gravy was always my go-to on those special Sundays. The biscuits are pillowy, but still sturdy enough to hold up under the smothering weight of the sausage gravy." 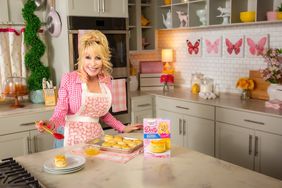 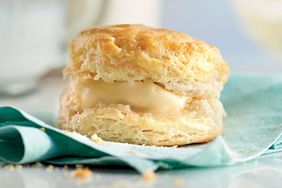 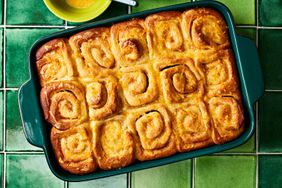 50+ Easy Breakfasts Fit For A Crowd 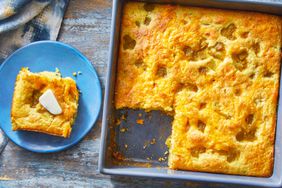 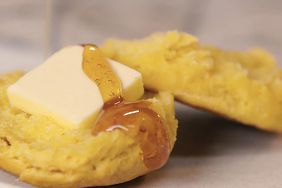 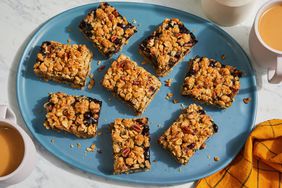 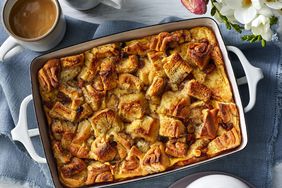 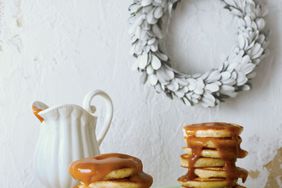 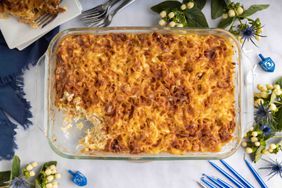 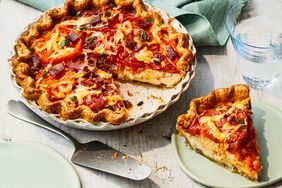