A New Year's staple in the South.

If you’ve ever wondered why those New Year’s black-eyed peas and collard greens taste so good, it’s hog jowl. Usually, a lump of inexpensive meat that comes uncut on the “rind,” wrapped in food film at the pork end of the meat case, hog jowl lends rich flavor to beans, peas, and greens—it tastes a lot like bacon but has a silkier texture.

I know what some of you are thinking: Jowl can be an off-putting word. But it’s the same cut Italians call guanciale, and who doesn’t love that in their spaghetti carbonara or on a bountiful charcuterie board, thinly sliced to complement pungent cheeses. You also find it in other parts of the country labeled pork cheek (though hogs are larger and older).

Read on to discover why hog jowls, one of the most flavorful parts of the pig, need space on your grocery list.

Logistically, hog jowl the cheek of the hog. Typically a tough cut, it’s often smoked and cured and can be used just like bacon or salt pork. Sometimes you can even find jowl bacon at the grocery store (buy it immediately if you do). The cut is known for its rich marbling and tender texture when cooked.

Hogs don’t use their jowl muscle much. Consequently, less stress is placed on this cut of meat, lending a silkier texture and sweeter flavor than traditional back bacon. It also has a higher meat-to-fat ratio and is usually attached to a rind of skin, much like pork belly. The tough rind can be removed, and the hog jowl can be sliced like bacon. Or for extra flavor, the entire cut can be thrown in a pot of soup, beans, or greens.

How Should You Prepare Hog Jowl?

The humble hog jowl shines as a seasoning agent in dishes like black-eyed peas, collard greens, and cornbread. Typically, you will find it already smoked and cured at the store, but when purchased raw it can be braised, seared, grilled, or slow-cooked.

And any Southerner knows bacon is magic for vegetables like Brussels sprouts or in corn medleys like Maque Choux. Hog jowl amps those dishes up with umami and a more buttery texture.

A versatile ingredient, hog jowls can replace ham hocks in soups, fried up for breakfast like bacon, and the drippings make a dish of Hoppin’ John sing.

Why Include It for New Year’s?

Hog jowls are often utilized as a part of the traditional New Year’s Day feast to ensure health and wealth in the coming year. Pigs have held this symbolic distinction for a long time, dating back to when having a supply of fatty meat meant survival in cold winters.

Pigs also symbolize progress because they cannot turn their heads to look back without turning their whole body around—they are always moving forward, foraging towards the future, making them the perfect symbol for New Year’s celebrations when we leave our past behind.

The high-fat content and rich flavor of hog jowls signify wealth in the coming year in the American South. In China, jowls are braised or slow-cooked in stews, vegetables, and buns. In Germany, Norway, and Denmark, marzipan pigs decorate tables and are given as gifts to ensure luck in the coming year. In Cuba, a roasted pig seals good fortune ahead, and the bigger the pig, the fatter your wallet.

So, be a pig this New Year’s, or at least throw some hog jowl in your black-eyed peas and collard greens for prosperity in the coming year. 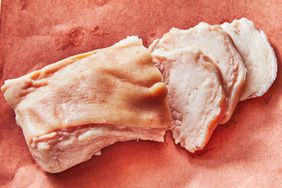 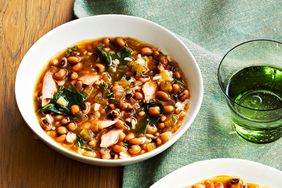 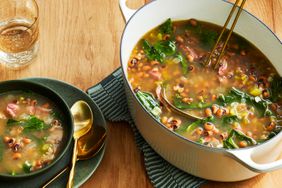 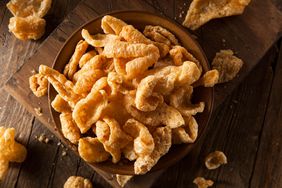 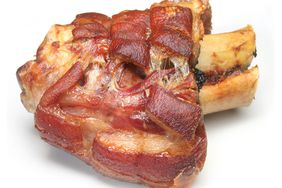 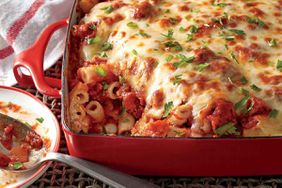 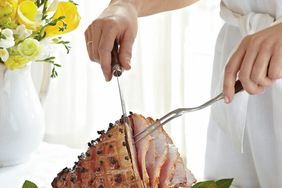