Bridal showers are typically one of the first of many events for a bride and groom leading up to their big day. Whether the couple hosts a co-ed wedding shower, or one of the bride's besties organizes a ladies-only luncheon, the bridal shower is a time for offering sage advice, sharing hot gossip about the couple, and celebrating the love they have for each other. Beside the delicious food offerings and boozy cocktail menu that is sure to be featured, a bridal shower should offer fun bridal shower games for guests. Some guests may not know each other, so ice breaker formatted games are great ways to start mingling, before the feasting and gift exchanging begins. We've rounded up the best bridal shower games so that your guests are guaranteed to laugh and cry with joy at some of these ridiculously funny activities.

Hang photos of the couple in several different places at the party and ask guests to vote for which photo was taken at or near the location where the couple originally met. In an alternative version, you could have guests look at each photo and guess the location.

Play a series of songs and have your guests vote for which one they think will be played during your first dance. Be sure to take note of who voted for which song and give guests who voted correctly a special prize on your big day.

Print out traditional, non-denominational wedding vows and have bridesmaids ask guests for random nouns, verbs, and adjectives. Each bridesmaid can read their vows at the end of the party, and the vows that receive the most laughs win the game.

This game only works for co-ed wedding showers, but we promise it's a hoot to observe. Have the couple sit with their backs to each other, and switch one shoe with each other. Ask a series of questions about their relationship like "who paid for the first date," "who is the funniest," or "who's more likely to laugh at their own joke." The couple should raise whoever's shoe they think is the more likely in the scenario.

Have each guest write down their favorite memory with the bride and divide the guests into even teams. Each guest takes turns pulling a memory from the bowl and reads it to the group. Each team can take turns guessing which person shares the memory with the bride. The bride then reveals who they remember (or think) they share that memory with, and the person who wrote down that memory stands up. The team with the most number of correct guesses wins.

While the bride is enjoying the delicious food at her bridal shower, she can read aloud descriptions of famous couples to her guests, who can shout out answers. Use descriptions like "wore a matching denim suit and dress," or "Television couple that argued whether or not they 'were on a break.'" This game is sure to spark debate and lively fun.

Hide plastic rings around the party before guests arrive and announce they must collect as many rings as they can throughout the party. The person with the most rings wins a prize.

Get to Know the Partner

What Should We Do for Date Night?

Hand out a popsicle stick to each guest during the meal and have them write down a date night idea on the stick. Then collect all the popsicle sticks in a mason jar as a go-to idea bank for the couple on date nights.

Think of this game like the wedding version of musical chairs, but all the participants sit in a circle and pass a bouquet to each other. Each time the music stops, the person who is holding the bouquet is eliminated. Once it gets to the final round with two people passing the bouquet, whoever doesn't end up with the bouquet wins the game.

Create a poster board with several quotes listed from popular wedding movies (27 Dresses, Mamma Mia, My Big Fat Greek Wedding, etc.). Hand each guest a sheet of paper for them to write down their guesses for the correct corresponding movies. Whoever guesses the most quotes correctly wins.

Print off sheets with basic questions about the couple like "where did the couple first meet," "how long as the couple been together," and "where did they go on their first date." Each guest should get a trivia sheet and take time to answer the questions before the meal. Have the party hostess help the bride and groom tally up whoever answered the most questions correctly, then announce the winner at the end of the party.

While this may not count as a game, it's certainly an activity that will have guests reminiscing down memory lane. Before the party, have the bride and groom send the host a variety of photos with guests who will be at the wedding shower. Print off the photos and organize them in a photo album. Leave a blank slot beside each photo so that guests can write down advice, or their favorite memory of the couple, on a slip of paper and place it beside their photo in the album. This makes a great gift for the couple at the end of the shower.

This game works for co-ed showers or for all ladies bridal showers. As each guest arrives at the party, have them write down their celebrity crush on a slip of paper or sticky note. Once all the guests are at the party, scramble the slips of paper, and tape one celebrity name on each guest's back. Then guests can go around the party asking each other about characteristics of their celebrity until they guess the correct name. 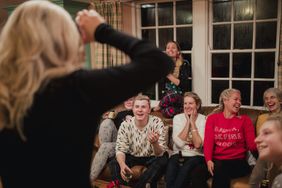 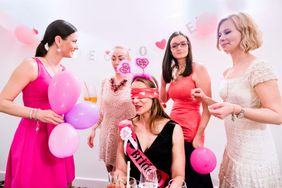 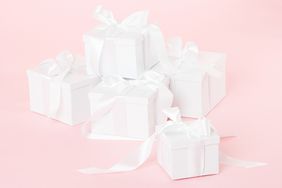 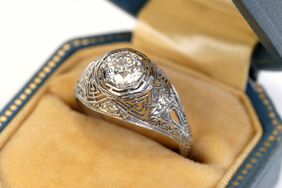 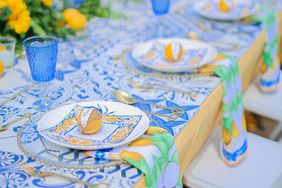 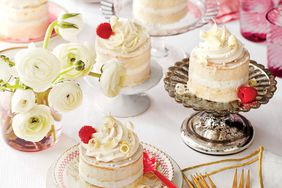