There are plenty of great resorts in the South, and Gaylord Opryland Resort & Convention Center is an impressive one. Located in Nashville just a stone's throw from the Grand Ole Opry, the resort is made up of three atriums—and there's a river running through it.

The waterway constructed in the resort winds through the Delta Atrium, the largest conservatory in the resort. It's a leafy space with shops, restaurants, and a riverboat tour. Even if you can't visit in person, you can take a 360-degree tour of Gaylord Opryland Resort's indoor river via a video set atop one of the attraction's flatboats. Take a virtual ride on the Delta Boat Tour, which you can find available on the Gaylord Hotels YouTube page and also embedded below.

The short video is led by a tour guide, Gina, who acts as the captain of the boat as she points out notable features in the hotel. All the while, the boat floats through the scenic river that curves through the resort's 4.5-acre Delta Atrium and indoor garden, traveling under bridges, past waterfalls and balconies, and around trees, buildings, and other attractions. Because it's a 360-degree video, you can click and drag your cursor around the video to see all the angles from the camera's position atop the flatboat.

During the tour, you'll learn some facts about the resort and hear about some of the natural features of the atrium, including a bonsai willow, which is the tiniest tree in the resort, and the many fish that live in the river, including catfish, carp, bluegill, and two Japanese koi named Romeo and Juliet.

It's a small taste of the experience, but the short video will transport you for just a moment to the fun of Gaylord Opryland and the relaxing flatboat tour that's become a favorite attraction at the resort. You can find more information about the resort at marriott.com.

Have you ever visited Gaylord Opryland Resort in Nashville? Where's the first place you'll plan a trip to once it's safe to travel widely again? 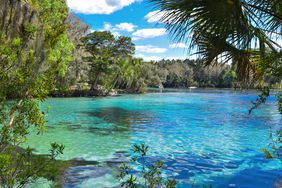 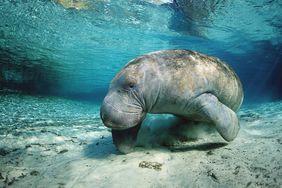