Modern Roanoke is a vibrant cultural hub surrounded by the mountains from Virginia's Blue Ridge.

The city of Roanoke, Virginia—originally known as Big Lick for its salt marshes that attracted animals like buffalo and deer—first landed on the map around the 1880s. Its location at the crossroads of what would become the Norfolk and Western Railway, along with the local production of steam locomotives, marked the start of its rapid growth. Today, modern Roanoke is a vibrant cultural hub of local shops, breweries, attractions, and restaurants, all with a mountain influence from Virginia's Blue Ridge. For adventure seekers, more than 1,000 miles of hiking, biking, and paddling trails make the area's outdoor scene shine as bright as its landmark illuminated Roanoke Star atop Mill Mountain. Among the best times to visit are spring and fall, when nature's artwork truly comes to life—especially around the Blue Ridge Parkway. Here's what to build into your agenda and things to do in Roanoke.

Stay at a Historic Hotel or Glamp in a Yurt

The Tudor-style, AAA Four-Diamond Hotel Roanoke & Conference Center, part of the Curio Collection by Hilton, was built in 1882 and is listed on the National Register of Historic Places. Find touches of the past, like Czech-made chandeliers and a constellation ceiling in the Palm Court, alongside 330 traditional guest rooms and a relaxing spa. For something smaller, check out The Stone House at Black Dog Salvage, a luxury guest house with three bedrooms, each with en-suite baths, and a balcony overlooking Vic Thomas Park and Roanoke River Greenway. Outdoorsy types can take advantage of options like pod cabins or canvas glamping tents at Explore Park. This fall, downtown will get its first boutique hotel with The Liberty Trust, a restoration of the landmark bank headquarters dating back to 1910.

Explore Mountain Vistas Via the Parkway

Roanoke is the largest metropolitan center along the Virginia portion of the Blue Ridge Parkway, a 469-mile span of road known for its diversity of regional flora and fauna that stretches from Virginia to North Carolina. Stock up on snacks and hit the road, making sure to stop at Milepost 115. There, find hundreds of acres of rolling hills, woodlands, hiking trails, river frontage, historic buildings, and a visitor's center at Explore Park.

You could spend a day strolling Roanoke's Farmers Market, the oldest operating open-air market in Virginia. It's open daily downtown with more than 40 artisan vendors and surrounded by many local restaurants and breweries, such as Deschutes's tasting room. Also downtown, the seven-story Center in the Square is home to the Living Coral Reef Aquarium (great for families), The Harrison Museum of African American Culture, Mill Mountain Theatre, Roanoke Pinball Museum (with more than 60 playable machines!), and more.

Elmwood Park has a 4,000-seat amphitheater and an illuminated fountain, a popular spot for concerts and festivals. On quieter days, it's lovely to stroll the park's Art Walk, admiring beautiful sculptures. Another way to take in the local arts scene is through Art by Bike, a self-guided 8.5-mile bike tour that guides you through installations around town.

Roanoke restaurants are diverse and delicious. Start your day with a breakfast biscuit sandwich topped with country ham, fried catfish, or even smoked tofu at Scratch Biscuit Company, which roasts its own coffee (and serves po' boys for lunch, too). Find farm-to-table burgers (and even a breakfast burger topped with an egg and bacon) at FarmBurguesa, also known for its tostones—twice-fried plantain slices you dip in garlic sauce. A little fancier, Bloom Restaurant & Wine Bar has an expansive menu of wine and craft beer along with artful, seasonal small plates. In the city's historic Grandin Village, Taaza is an authentic Indian and Mediterranean restaurant, making fresh naan daily in a traditional clay oven. For sweet tooths, you can't beat Blue Cow Ice Cream Co., a small-batch creamery churning out stellar versions of the classics plus unusual-yet-addicting flavors like candied bacon and olive oil. 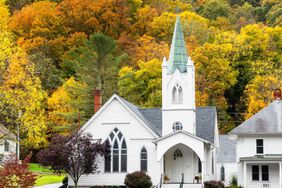 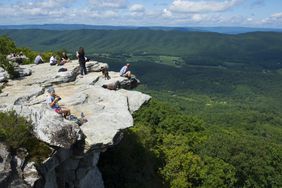