Texas-Native Patrick Mahomes Misses Whataburger So Much, He's Bringing It to Kansas City

You can take the man out of Texas, but you can’t take Texas out of the man.

Patrick Mahomes misses Whataburger so much that he's bringing it to his adopted state.

The Texas native is part of KMO Burger, a franchise group that will bring 30 Whataburger restaurants to Missouri and Kansas over the course of the next seven years, with a concentration of those franchises reportedly set for the Kansas City area.

"I love Kansas City and I love Whataburger,'' the Chiefs quarterback said in a statement. "I'm excited to help bring a gift from my first home to my second home.''

The first of the restaurants will open in 2022.

"KMO Burger is comprised of a group of investors from Texas with a deep appreciation for Whataburger," Phillip Rose, chief financial officer of KMO Burger, said in a statement. "Eating there is a part of growing up in the Lone Star State."

The 25-year-old NFL phenom is the pride and joy of Whitehouse, a tiny east Texas town outside Tyler, where, in high school he dominated not just in football, but in baseball, and basketball too.

Mahomes was asked about why he wanted to bring Whataburger to the Kansas City area during a recent interview with NBC Sports.

"Obviously being from Texas, you have a lot of Texas pride and Whataburger is at the forefront of that," Mahomes said. "And I've always ate Whataburger since I was a little kid. And then when I got older, I'd babysit my brother and there was a Whataburger literally down the street, and we would always grab that and kind of have that while my mom was working.

"And so, when I got to Kansas City, it was the first time I'd really been out of Texas and didn't have Whataburger all the time," he continued. "And so, I ended up talking to some people and we ended up making it happen where we're going to have a lot of locations out here, and I'll have a little bit of Texas here in Kansas City." 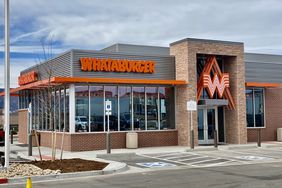 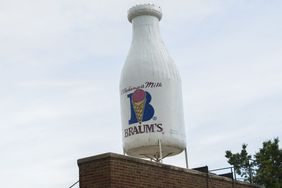