The 94-year-old activist said she was “flabbergasted and humbled” by the praise.

A divided Texas Senate came together to recognize the "Grandmother of Juneteenth" Opal Lee last week, inviting the 94-year-old activist to the Senate Floor to celebrate her "determination and lifetime of work to make Juneteenth a national holiday," with the passage of Senate Resolution 19.

Lt. Gov. Dan Patrick also announced his recommendation to have a portrait of Lee made and added to the chamber.

"Ms. Opal and her legacy will now live in the immortal halls of history and the Texas Capitol," State Senator Beverly Powell's office said in a news release.

Lawmakers took turns thanking Lee for her efforts. Taking her turn at the dais, the Fort Worth Native said she was "flabbergasted and humbled" by the praise.

"Getting Juneteenth to be a national holiday is a we thing, not a me thing, but a we thing, and there's so much more to do. So much more," she said. "We must get the stories to the children. … We've got to let people know what actually happened, so it doesn't happen again. So we can heal from it."

This past June, after decades of advocating for national recognition of June 19, 1865 (the day the last slaves in Texas were freed), Lee was at President Joe Biden's side as he signed a bill designating a new federal holiday.

"Because of her determination, every year the American people will pause on June 19th to remember this dark part of our history and celebrate what is possible when we unite and commit to a better, brighter future," Senator Powell said in a statement on social media. "On behalf of the Texas Senate and our great state, thank you, Ms. Opal. And thank you Senate members, Lt. Gov. Dan Patrick, and all who joined us, for this historic occasion. I am grateful for the outpouring of support by the Lt. Governor and members of the Senate today. As Ms. Opal said from the dais this afternoon, 'we are stronger when we are united as one.'" 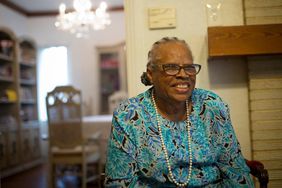 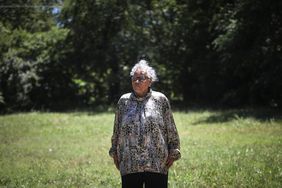 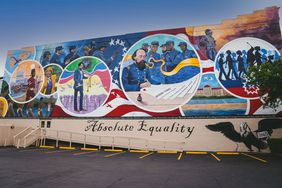