About 60 miles northeast of Charleston, Georgetown is the smaller coastal locale you’ve been missing out on.

If someone plucked the best elements of the South's visual patois—historic homes with gracious porches, sprawling live oak canopies, vibrant shop fronts, and sparkling waterways—and carefully arranged them all in one visitor-friendly spot, you'd end up with a place like Georgetown, South Carolina.

It lies at the heart of what's known as the Hammock Coast, a strand of six towns located just south of Myrtle Beach and north of Charleston. It's a fitting nickname for the area where days settle into an easy, swinging rhythm and nobody hurries you along. But where the Hammock Coast's other towns maintain a largely barefoot-casual dress code, the seat of Georgetown County shakes off just a bit of the sand, leaning into its cultural significance as a historic port city while celebrating its natural charms. 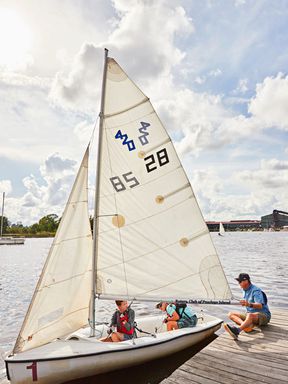 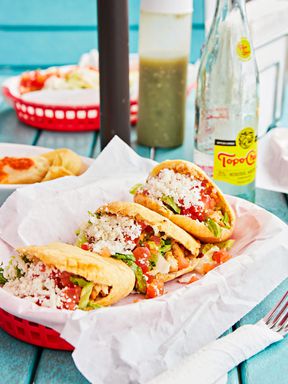 Like Charleston, its larger and more touristed sister to the south, Georgetown is a place where salt and sophistication congenially coexist. Flip-flops pad down the boardwalk and into museums and art galleries, centuries-old buildings and beloved seafood dives share sidewalks, and windswept fishermen brush elbows with starched history seekers and children wielding melting ice-cream cones. In other words, there's something for everybody in this corner of the world, especially when summer rolls around.

Georgetown's historic district falls within the original city grid, occupying about 37 blocks running along (and north of) the waterfront. Anchoring downtown is Front Street, with its colorful shops and aged brick facades overlooking the harbor. Pop into Indigo Mercantile for Southern-made snacks and sundries, shop for home goods and gifts at Rice Birds, and swing by The Cottage to browse work by local artists and stock up on small-batch bars from South Santee Soaps. For lunch, settle into a booth at Aunny's Country Kitchen for hearty comfort food served on Styrofoam plates; don't miss dessert made by Mama Jane, the owner's mother. Parallel to Front Street is the Harborwalk, a four-block boardwalk that runs along the Sampit River. On summer evenings, you'll find the best seat in town on the weathered deck at Big Tuna Raw Bar. Order a fried fish sandwich and a cold beer, and then watch the sun slide into the horizon. 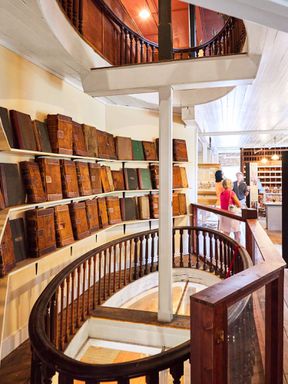 Historic trade ledgers on display at the Kaminski Hardware Building, which is part of The Rice Museum. 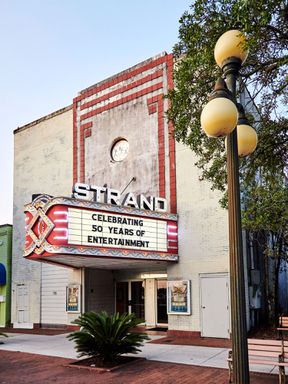 Step Back in Time

South Carolina's third-oldest city, following Charleston and Beaufort, Georgetown drips history like moss on a live oak. The area's first residents were native tribes, their names echoed in the surrounding bodies of water, like Winyah Bay. Europeans settled here in 1526, but Georgetown wasn't established as a city until 1729. Three years later, it became an official port of entry. Before the Revolutionary War, indigo was the moneymaker; then after that it was Carolina Gold rice, the growth of which was made possible by enslaved West African people who transformed the murky cypress swamps into flourishing fields. In 1840, Georgetown County was the wealthiest per capita in the former colonies and the port sent out the most rice of any in the world. Two museums in the area tell this story.

Housed partially in an 1840s brick building, The Rice Museum explores the area's rice culture. The tour's highlight is the Brown's Ferry Vessel, a merchant ship that sank in the 1700s and was pulled from the Black River in 1976. At that time, a scholar called the boat the "most important single nautical discovery in the United States to date."

Just a few blocks over is the Gullah Museum, founded by the late Vermelle "Bunny" Smith Rodrigues and her husband, Andrew. Bunny, a Georgetown native, and Andrew moved back to the area in the 1990s and opened a shop on Pawleys Island, where she sold crafts and shared the history of the Gullah Geechee people through her handmade story quilt (which was featured in the U.S. Department of State's Art in Embassies program). The couple, who also helped create the Gullah Geechee Cultural Heritage Corridor, eventually transformed their shop into a museum, moving into the current space downtown.

Bunny passed away in 2015, but a bearded, beret-clad Andrew still runs the one-room museum, where storytelling is the main event. Don't rush your visit: Using his late wife's quilt as his guide, Andrew offers what he calls a "brief history" of the West African people that's chock-full of information and lasts well over an hour. 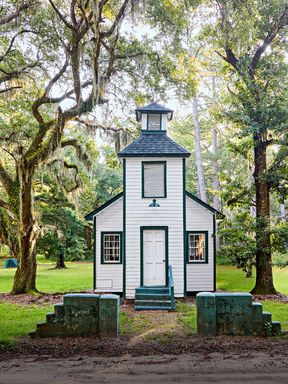 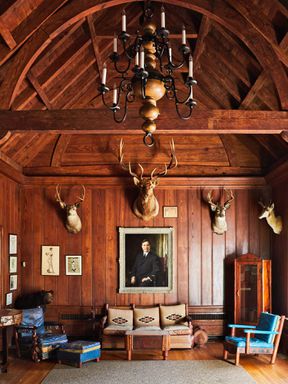 Georgetown's access to the water and proximity to many public beaches (Pawleys Island, Litchfield Beach, and Huntington Beach State Park are all within 20 miles of downtown) make it a prime vacation destination. But there's one outdoor experience that's singular to the area: Tom Yawkey Wildlife Center. Yawkey, who was once an owner of the Boston Red Sox, grew up coming to this part of the world, eventually amassing a property that spanned 24,000 acres—all of which was donated to the State of South Carolina in 1977 after he died.

The land he left behind is home to alligators, more than 200 species of birds, and the second-highest number of nesting sea turtles in the state. Most of this preserve is accessible to the public only by guided tour, which the South Carolina Department of Natural Resources provides free (days and times vary, so call to reserve a spot). However, you can reach a small portion of the property's North Island by boat; book the Rover Tours' Shelling and Lighthouse Cruise to explore the place firsthand.

Just a block from the water, on a street shaded by the gnarled reaches of ancient live oaks, is the town's only boutique hotel, 620 Prince. If it weren't for a small wooden plaque by the front door that announces its 1882 construction, only the high ceilings and richly restored wood floors might give away the hotel's age. In the decor, there's not a whiff of anything stuffy or dated: Coral-painted chairs with bright cushions hold court in the dining room, and beds are decked in luxe linens.

This isn't your grandma's bed-and-breakfast. That's a testament, in part, to its young owner. Rob Henry grew up on nearby Pawleys Island. He then moved to Charleston for college, working there for a few years after graduation before heading back to the area and purchasing this property in 2016. "I love the town's 'Mayberry feel,' as my wife called it when she first moved here," says Henry. "Everyone says hello.... I lived kind of a crazy, fast life for a little while after college. I yearned for the small-town love that you get when you live in a place like Georgetown. It didn't take me long to get back here."