Every week can be Shark Week, when you're vacationing at the beaches of North Carolina. The Tar Heel State has some of the biggest caches of shark teeth around and a new adventure helps tourists track them down.

Over in Surf City, North Carolina, not too far from Wilmington, an adventure company is hosting shark tooth hunts out in the barrier islands, Travel + Leisure pointed out.

The two-hour tour, which is operated by Uncharted Society with Surf City Jet Ski Rentals, has treasure-hunting guests hop aboard a Sea-Doo (a jet ski of sorts) and make their way to either Lea Island or Rich's Inlet. After zipping across the water on Sea-Doos, folks can explore the barrier islands while on the hunt for shark teeth. Not only are there the chompers of common sharks, but the waters outside of Wilmington are known to be one of the few places in the world where you can find a good number of Megalodon teeth, too. While the prehistoric sharks went extinct millions of years ago, their teeth are still around, making the ultimate souvenir of your beach vacation.

If shark teeth aren't your thing—or you're terrified of getting "Baby Shark" stuck in your head— there are plenty of other ways to have fun at the beach in the Carolinas. Keep an eye peeled for gorgeous sea shells or perhaps some salps, sea pork, scotch bonnets, sand dollars, or even naked sea butterflies.

There is plenty to explore off of this Southern coast. Time to book that trip, and channel your inner Jacques Cousteau. 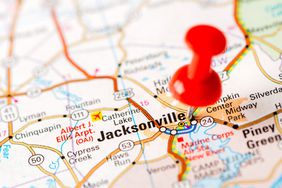 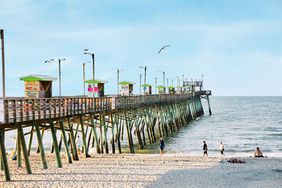