The Ghosts of the Biltmore's Past

The original owners of the Asheville, North Carolina, estate have been known to make a surprise appearance.

George Washington Vanderbilt II had to be one of the most unlikely farmers in American history. The grandson of railroad magnate Cornelius Vanderbilt, George was born into great wealth, but while his brothers built mansions on New York's Fifth Avenue, he preferred the mountains of western North Carolina, and his interests lay not with industry and commerce but with agriculture, forestry, animal husbandry, art, and design.

George made his first visit to Asheville, North Carolina, in 1888 and was completely smitten with the mountainous landscape. He started buying property—lots of it—eventually owning some 125,000 acres, including lands that would become the first national forest in America, Pisgah National Forest. Working with architect Robert Morris Hunt and landscape architect Frederick Law Olmsted, George created what remains one of the most beautiful estates in America. Biltmore House, a 250-room French château-style mansion, is the largest home in the country, but the grounds and surrounding landscape are just as impressive. George saw to that.

By all accounts, he and his wife, Edith, were devoted to each other and to the Western North Carolina families who worked on their self-sustaining estate. The couple loved hosting guests at Biltmore, where the grand house included an indoor pool—as well as hidden doors, rooms, and passageways designed to give the family and their guests privacy and to enable the staff to move among gathering spaces unobtrusively.

Sadly, George died young, after an emergency appendectomy in 1914. But his years with Edith and their only child, Cornelia, were happy. Not only did they love each other, but they were beloved by the local North Carolina families that Biltmore supported.

No wonder all the otherworldly happenings here are joyful—the sound of splashing water coming from a long-empty pool, glasses clinking in festive celebration, and Edith whispering "George" in the hallways. 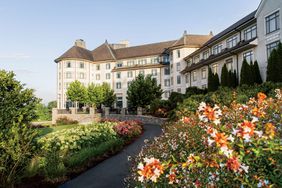 The Inn on Biltmore Estate in Asheville: The South's Great Estate 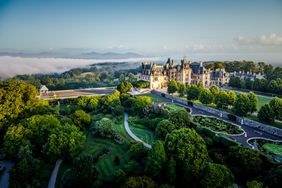 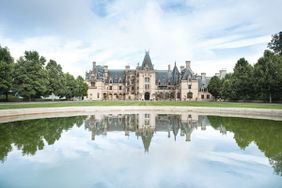