From shrimping and sailing excursions to museums and brews, Biloxi, Mississippi, is full of Gulf Coast fun.

The city of Biloxi, Mississippi was settled in 1699, nearly 120 years before Mississippi even became a state. It was built up around the seafood industry, thanks to its prime location on the Gulf of Mexico. In 1990, when the state legislature passed the Mississippi Gaming Control Act, dockside gambling began to draw visitors to Biloxi. Today, the city of about 50,000 residents has nearly a dozen casino resorts in or around town, offering a Las Vegas-like experience on the Gulf Coast. Yet even non-gamblers and families will find plenty of things to do here, from feasting on ocean-fresh seafood and making a splash in waterparks to boating and sticking your feet in the sand. Here's what to add to your list when planning a trip to Biloxi, Mississippi.

Once known as the "Seafood Capital of the World," Biloxi produces 69 percent of the nation's domestic shrimp. To experience this rich history of the area, book a Biloxi Shrimping Trip, which will give you an inside look at the shrimping industry. Hop aboard a boat called Sailfish for a 70-minute excursion through the Mississippi Sound, catching shrimp along with blue crabs, flounder, squid, and other local marine life. A guide walks you through everything in the catch before releasing it back into the ocean. If you're lucky, you may even spot dolphins while out on the water!

Head to the Maritime & Seafood Industry Museum to learn about 300 years of history in the seafood industry on the Gulf of Mexico. Exhibits here range from a gallery of beautiful wooden boats to seafood factory artifacts and the 30-foot vessel Nydia, dating back to the early 20th century. From the museum, you can also hop aboard a group charter with Biloxi Schooners, a 2.5-hour sail that takes passengers out to Ship Island and back.

Ohr-O'Keefe Museum of Art, designed by architect Frank Gehry, celebrates the creative spirit of Mississippi master potter George Ohr along with the diverse cultural heritage of the state's Gulf Coast. Visit to check out the museum's collection of nearly 200 pieces of Ohr pottery and ceramics by Joseph Fortune Meyer, Toshiko Takaezu, and other featured artists with ties to Southern culture.

Where to Eat and Drink

Fly Llama Brewing is one of the top craft breweries on the Mississippi Gulf Coast, serving up craft beer and refreshing hard seltzer made from locally sourced ingredients like Southern muscadine grapes and blackberries. Founder and brew master David Reese is the only advanced cicerone in the state and one of only 139 in the world, earning this certification for his advanced knowledge of beer and flavors. In the taproom, sample their brews and play shuffleboard, darts, board games, or corn hole.

The historic White House Hotel dates back to the 1890s, when Cora White, the wife of Gulf Coast lawyer and later Circuit Court Judge Walter White began accepting boarders into their home while Walter was establishing his new law practice. Business was so good, the couple bought a house next door, which eventually grew into a row of seven Victorian homes right on the beach. In 1910, they joined two of the buildings to create a lobby, dining room, and ballroom. It fell into disrepair for decades until 2014, when a full restoration of the properties was completed. Today, the waterfront hotel offers 76 accommodations, along with a swimming pool, a lighted fountain, and a restaurant and bar named after Cora.

One of the largest resort casinos in Biloxi, Beau Rivage Resort & Casino stands 32 stories tall and has 1,740 rooms including 95 luxury suites, along with a pool, golf course, performing arts theater, and more. Not to be missed is the Pan-Asian restaurant Jia, which has an 18-seat circular noodle bar, authentic Vietnamese soups, sushi, refreshing specialty cocktails, and an extensive sake menu.

If you're traveling to Biloxi with family, book a room at Margaritaville Resort, located in downtown. Kids and adults alike will get a thrill splashing through the rooftop waterpark, which includes a 450-foot Lazy River, two water slides, a lounge pool, swim-up bar, and splash pad. Paradise Pier Biloxi Amusement Park, a new addition in 2022, adds a roller coaster, Ferris wheel, go-cart racing, and a sky bar to the resort. 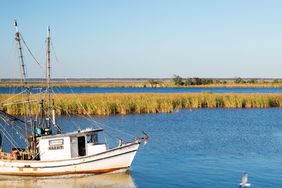 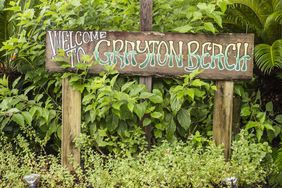 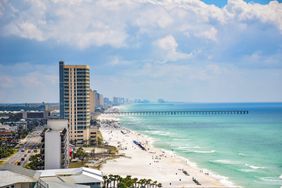