The Paducah, Kentucky, attraction has championed the art form of quilting for three decades.

The town of Paducah, Kentucky, has a long history of uniquely Southern crafts, earning it the title of the "City of Crafts & Folk Art." It's been named an UNESCO Creative City alongside locales in Italy, Egypt, and China for its contribution to arts on a global scale.

The city on the Ohio River is also home to the National Quilt Museum, the first museum in the world devoted to the work of today's quilt artists. The museum first opened its doors in 1991 with 80 quilts on loan from founders Bill and Meredith Schroeder. It's since grown to have over 650 contemporary quilts spread across three galleries and 13,000 square feet.

Exhibits showcase the tradition of quilt-making with incredibly intricate and colorful pieces, bringing the long-running style of art and artists to the mainstream. The museum also seeks to provide the art form with the respect it deserves.

"Quilting communicates who we have been as people for centuries. There have always been quilts expressing the reality of that time, going back hundreds of years," says National Quilt Museum CEO, Frank Bennett.

The National Quilt Museum also takes on the important work of spreading knowledge of the art form to interested quiltmakers through workshops and camps, videos, lectures, and publications. First-time visitors often become fans of quilts as a medium or become artists themselves.

"Today's quilters are artists that should be respected at the same level as artists that work in any other medium...We want the world to appreciate this art firsthand," says Bennett.

This year, the museum celebrates its 30th anniversary with the exhibition "Sew Many Quilts: Celebrating 30 Years of the National Quilt Museum." The celebratory exhibit runs from March 12 to June 8, 2021. It includes some of the museum's original 70 quilts in its collection.

Among the highlights are "Puffins" by Shirley P. Kelly, which intricately details the expressions of the birds, and "The Beatles Quilt," by sisters Sue Nickels and Pat Holly, featuring hand written lyrics to every song by the band. The music-themed quilt was even mailed cross-country for the duo to work on together when they lived in different states.

Later in the year, the National Quilt Museum's exhibits will focus on quilts made during quarantine and the quilts from the 9/11 Memorial and Museum for the 20th anniversary of the attacks. The museum is also continuing to add to its collection so there's always something new to see. For those that can't visit the museum in person, their website also has virtual exhibits. 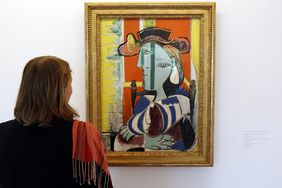 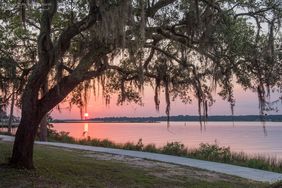 Things to Do in Ocean Springs, Mississippi, a Charming Coastal Town