“Nothing looked the way I imagined it, but I still wouldn't want it any other way.”

On Saturday, December 11, just hours after a tornado tore through their hometown, high school sweethearts Micah and Madison Haley said, "I do" by the light of a generator.

"We had candlelit aisles, and nothing looked the way I imagined it, but I still wouldn't want it any other way," Micah, 19, told WLKY.

The couple arrived home from their rehearsal dinner just in time to take shelter from the deadly EF4 tornado that struck Mayfield, Kentucky, Friday evening. The church where they were to be married the next day, Northside Baptist Church, was spared by just a few blocks, as was their home.

"The only thing wrong with the building was the power, which was the whole city," Madison, 20, recalled to the local news station. "Our minister was still okay with it going on and so I thought that was kind of a sign, you know? God telling us this is still your moment. It's not going to be what you planned, but it's going to be what I planned for you all."

With their families and friends safe, Micah and Madison went on with the wedding they'd been planning for more than a year, though the devastation around them weighed heavy on their hearts and minds.

"Buildings that are familiar are not there. Places that I went to as I was growing up are no longer there. It's just heartbreaking to see other people's losses and how that affects the community," Micah told WLKY.

Now, back from their honeymoon, the couple has committed themselves to building their life together while helping rebuild the town they love. They're still basking in the light of their unique wedding day.

"I still smile about it every time I think about it," Madison told WLKY. "I still got to marry Micah and everyone who was in the wedding with me made it so special and still made it the best day." 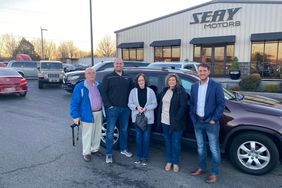 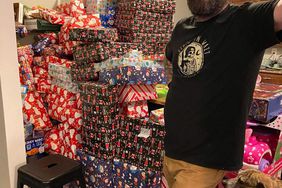 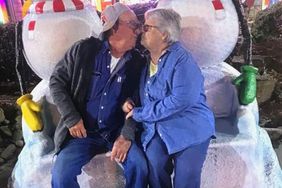 Married for 56 Years, Kentucky Couple Killed in Tornado Found Holding Onto Each Other