Georgia Officials Need Y'all to Stop Calling 911 About the Cicadas

Officials in northern Georgia are begging residents to stop calling 911 about the cicadas. Sure, they're a nuisance, but they're certainly not an emergency.

The Union County Fire/Rescue and Emergency Management Agency revealed on Facebook Sunday that they had received multiple 911 calls for "alarms" going off since Brood X cicadas began emerging from the ground.

"More than likely these 'alarms' are not alarms at all but a bug, Brood X. This brood of cicadas emerges every 17 years and is endemic in most of the eastern United States," the post explains. "They also have a range of different sounds they can produce, making them some of the loudest of all insects."

The "song" of the male cicada can be louder than a lawnmower and, at up to 120 decibels, can even cause hearing loss.

Admittedly, it can be difficult to pinpoint where this cacophonous sound is coming from. It can also resemble a vehicle or home alarm system.

"So, if you think you hear an alarm ensure that it is an alarm and determine the location before contacting authorities," Union County officials plead.

And remember, while they can be menaces, cicadas are basically harmless.

"They feed on sap and do not have a major impact on agriculture but may overwhelm small plants," the post notes. "They cannot sting or bite but may mistake you for a tree branch."

Hang in there! They'll be gone in just a few weeks. 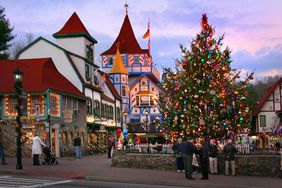 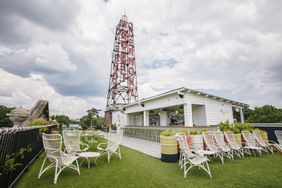