This Florida Wildlife Sanctuary Is Home To 12 Former Circus Elephants

“We are pleased to give them a place where they can live comfortably for the rest of their lives.”

In May 2021, A wildlife sanctuary in Florida welcomed a dozen former circus elephants.

The lucky pachyderms will live out the rest of their days in a new forest habitat at White Oak Conservation in Yulee, a refuge for rare species funded by philanthropists Mark and Kimbra Walter.

The herd of female Asian elephants—ranging from 8 to 38 years old—traveled with Ringling Bros., Barnum & Bailey until they were retired in 2016. They will reportedly be joined by up to 20 more former circus elephants as soon as additional areas are completed at the planned 2,500-acre elephant refuge.

"We are thrilled to give these elephants a place to wander and explore," Mark and Kimbra Walter said in a statement. "We are working to protect wild animals in their native habitats. But for these elephants that can't be released, we are pleased to give them a place where they can live comfortably for the rest of their lives."

According to a release, the area the elephants now inhabit is large enough for them to access various habitats and food species.

"They can choose to stay near the barn and their human caregivers, or wander in the woods, wallow in the mud, and swim in the pond," the release notes.

Asian elephants are currently endangered, with only 30,000 to 50,000 remaining in the wild.

"Watching the elephants go out into the habitat was an incredible moment," Nick Newby, who leads White Oak's elephant care team, said in a statement. "I was so happy to see them come out together and reassure and comfort each other, just like wild elephants do, and then head out to explore their new environment. Seeing the elephants swim for the first time was amazing." 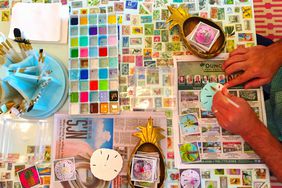 10 Secret (Must-Visit!) Places in Florida That Only Locals Know 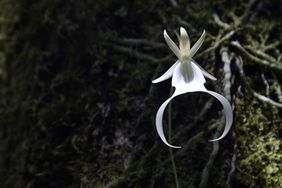