Key lime pie has yet to comment on the news.

The bill raised eyebrows amongst the state's legion of devoted Key lime pie fans, but sponsor Rep. Lawrence McClure assured worried Floridians that the measure wouldn't "take the key limelight away from the state pie."

Key lime, which has been the Sunshine State's official pie since 2006, isn't going anywhere. Florida will now have a state pie and a state dessert.

The Plant City area boasts more than 10,000 acres of strawberry fields, producing 75% of the country's winter strawberry crop. The city, which plays host to the annual Florida Strawberry Festival, is also recognized by The Guinness Book of World Records as the home of the biggest strawberry shortcake in the world.

WATCH: People Are Soaking Their Strawberries in Salt Water For a Creepy-Crawly Reason

McClure said strawberries are a "billion-dollar economic driver" for the region and he hopes the designation will bring attention to the importance of the crop.

The light-hearted bill officially describes strawberry shortcake as a dessert with a "base of shortcake—resembling a biscuit with a touch of cake—a layer of sweet, sliced strawberries, and a healthy dollop of whipped cream." 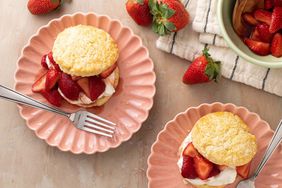 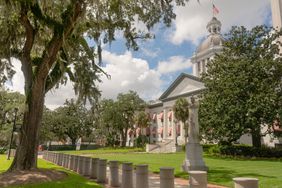