“It’s our Statue of Liberty and needs to be saved.”

After a two-year application process, the fate of a 148-year-old Florida Keys lighthouse is now in the hands of a non-profit community organization with plans for a massive preservation project.

This week, U.S. Secretary of the Interior Deb Haaland approved a recommendation from the National Park Service that Friends of the Pool Inc. be granted ownership of Alligator Reef Lighthouse. Islamorada-based Friends of the Pool hosts an annual eight-mile swimming race to the lighthouse and back to fund collegiate scholarships.

"Alligator Reef Lighthouse has stood since 1873. It's an important part of Islamorada's local history," project co-organizer Rob Dixon told the Associated Press. "It's our Statue of Liberty and needs to be saved."

Situated four miles off the coast of Islamorada, Alligator Reef Lighthouse was one of five historic lighthouses in the Keys declared by the Coast Guard to be "excess" to their needs. In 2019, the government decided to give the lighthouses away at no cost in accordance with the National Historic Lighthouse Preservation Act of 2000.

Dixon told the AP that the restoration project is likely to take five to seven years and cost up to $9 million.

"We're going to need a lot of fundraising help and a lot of technical help," he added.

The black-and-white Alligator Reef Lighthouse stands at 136 feet above the water. It is named after the USS Alligator, a U.S. Navy schooner that ran aground on the reef in 1822 and sank.

"We're completely honored to be part of saving this lighthouse," Larry "Lighthouse" Herlth, who runs the project alongside Dixon, told Keys Weekly. "People have been engaged out there. People have been married out there. Countless locals have had their ashes spread out there, and my mother and younger brother are both out there." 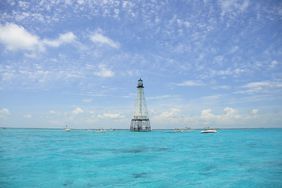 The Government is Giving Away These Florida Lighthouses—with a Catch 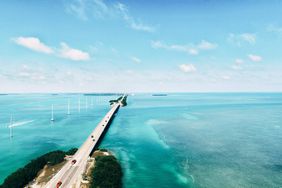 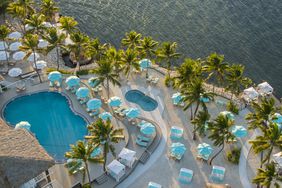 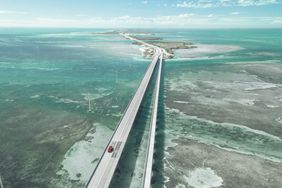