Guess before you see the answer.

The federal government finally followed suit and declared December 25 a public holiday in 1870.

The New York Times left many people scratching their heads on November 30, 2016, with this challenging clue to its crossword puzzle: "First state to declare Christmas a legal holiday." Can you guess the seven-letter answer?

That's right—the 22nd state declared Christmas a legal holiday in 1836, according to Al.com. The federal government finally followed suit and announced December 25 a public holiday in 1870.

Despite this official declaration, mentions of this Yuletide holiday appeared in literature and art before the public announcement. According to Al.com, Charles Dickens's publication of A Christmas Carol and the popular Twas the Night Before Christmas by Clement Clarke Moore, originally titled A Visit from St. Nicholas, contributed to the holiday tradition of gift giving in the United States.

Oklahoma was the last state to officially recognize Christmas when it officially joined the union in 1907.

So if you're lucky enough to get the day off from work this Christmas, make sure to give a special thanks to the great state of Alabama. 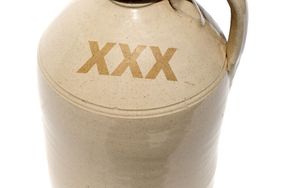