Many of us know apple cider as the steaming, gently-spiced, divine-smelling hot beverage enjoyed on a farm during a crisp fall afternoon. It's the fuel that pushes us through the orchards in the continued search for the sweetest apples to take home and bake into a pie, crisp, or crumble. There is, however, a whole world beyond desserts that is equally delightful in autumn. At these cider breweries across the South, it's not just about the drink. For some brewers, it's about being creative with experimental ingredients and flavors. For others, it's about cultivating and giving back to the community. From growing their own apples to being women-owned and led, these spots are putting their own spin on a rapidly-growing beverage industry—and we'll say cheers to that!

The owners want to create a place that feels like a second home—come with your old friends and leave with new ones as you gather at the wooden bar for a glass of cider. In Cider You is a crisp, slightly dry, gluten-free hard apple cider. Be sure to catch one of their weekly gatherings, which they host in partnership with local restaurants.

With flavors like Cherry Limeade, Pineapple, Hibiscus, and Raspberry Passion, Black Apple Hard Cider prides itself on sourcing its ingredients as locally as possible. This includes Arkansas peaches, Ozark apples, and executing the production process with utmost care. Some ciders are year-round, while others are seasonal specialties.

What began as a husband-and-wife home-brewing operation ballooned into Delaware's first meadery and cidery. The brewery has earned numerous awards in competitions such as the U.S. Open Cider Competition, the New York International Beverage Competition, and the Great Lakes International Cider and Perry Competition. Located in Wilmington, the tap room is open for tours and tastings.

At this brewery, it's not just about the drinks (though they're darn good)—it's about community. Green Bench Brewing Co. works to create drinks that simultaneously delight and challenge the tastes of the surrounding area, and to provide a space and environment where people can come together and get to know their neighbors. Their large selection of ciders range from dry with orange pippins to semi-dry with fresh raspberry.

As Atlanta's first cidery, Urban Tree Cidery is on a mission to create a legacy. Their apples come from a 100-year-old family-owned orchard in the Blue Ridge Divide, and the end result yields award-winning flavors like Sweet Heat Haze (Seattle Cider Awards) and Wild On Cherry (U.S. Open Cider Championship). The dog-friendly tasting room is open Thursday through Sunday.

Drop in for a tasting (plus small bites) or join the cider club. Members get a curated shipment, which includes vintages, specials, or new products that haven't yet been released to the public. You'll also find, in their extensive online shop, a mulled cider kit—a great (easy!) way to welcome fall at home.

A female-owned brewery, Kingfish Cider specializes in cider and perry (pear cider). The menu also offers cider cocktails made with Louisiana liquors. Visit the tasting room to build your own charcuterie board while you taste a flight.

This cidery does things a bit different. Rather than choose the traditional cider apples for their products, Backwater uses the table and dessert varieties to create modern and new-world style ciders. Other ingredients, such as hops, juices, and spices will occasionally find their way into the mix, too.

Located in what is known as the new "Craft Brew Mecca," Asheville-based Noble Cider churns out interesting flavors in the likes of chai, Earl Grey, and pineapple jalapeño. They also do a twist on the spritz, including a lemon elderflower flavor. You can get a taste at one of two locations: the cidery production facility in west Asheville or the taproom downtown.

Head down to Film Row for some beer-inspired cider that's more than just OK. The owners developed first developed a recipe out of their own need for a tasty, gluten-free beverage. The cidery uses different varieties of beer yeasts, fermentation profiles, hops, fruit, and more to create a unique cider-drinking experience.

Windy Hill Orchard & Cider Mill has been producing hard cider since 1996. Visit the Cider Bar for tastings and stay on the farm to pick your own Southern heirloom Stayman Winesap apples. Weekend tastings begin in mid-August, along with live music.

Tennessee's first cidery was also named the state Cider Producer of the Year—three times. Flavors like coffee, fire-roasted pumpkin, and lemon basil will make you want to stay longer and taste your way through. Now with five locations, their 4,000 square foot taproom includes 40 taps of Gypsy Circus' products and local craft beer.

At Atheneum Cider, they're not afraid to get a little wild or experiment with, as they put it, "crazy ingredient combinations" like strawberry and habanero or wild yeast. Cider purists, fear not—the classic stuff is still on tap, too. This cidery holds regular trivia nights, too, for those who want to test their knowledge while they taste.

If you want to enjoy fun flavors and support furry friends, Swilled Dog, which proclaims itself to be a majority female-, family-, and dog-owned company, allows you to do just that. They donate a part of their sales to various animal charities. And, when patrons choose Lucy's Tap at the tasting room, Swilled Dog donates a dollar (per pour) to their non-profit of the month. 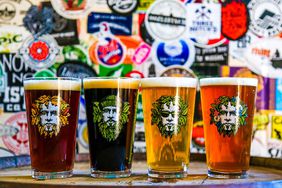 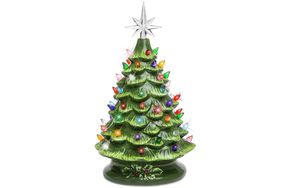