Even with more than five decades of marriage under their belts, Terry and Nick Saban might as well be newlyweds.

Take, for instance, the moment they saw each other after Alabama's Iron Bowl victory over Auburn Sunday. Video footage shows Miss Terry cheering and jumping up and down for the Crimson Tide coach after his team cinched the win in four overtimes. Nick's eyes appear to light up when he sees her, and they share an emotional hug.

"Nick Saban and Miss Terry are the definition of marriage goals," Barstool Sports captioned the sweet video on Twitter.

The Sabans, who met for the first time at a science camp in the seventh grade, married in 1971. They share two children, a handful of grandchildren, and seven national championships. Miss Terry has been a guiding force throughout her husband's legendary football career, helping with recruiting and even offering him coaching advice.

As Patrick Pinak aptly put it in a recent article for FanBuzz, "If Crimson Tide football were a movie, Saban would be the star actor but Terry is the director, producer, and screenwriter of this Oscar-winning film." 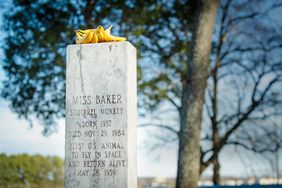 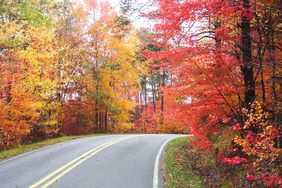