I Love All the Greek Food in Birmingham, So I Made a Film About It

Jessica Chriesman takes us on a culinary journey through Magic City in Philoxenia.

I am constantly praising Birmingham's food scene. From Andrew Zimmern calling it "the hottest small food city in America" to Highlands Bar and Grill being named Most Outstanding Restaurant in America at the James Beard Awards, Birmingham has staked its claim as a great city to grab a bite to eat. When asked by the Southern Foodways Alliance to create a film for their 2021 Spring Symposium with the theme of "Environments and Transformation," I immediately thought of the Greek restaurateurs who have fed Birmingham since its infancy. My guiding questions for the film were: What would lead someone to leave their home environment for an unknown one? Why did Greek immigrants flourish in Birmingham's hospitality industry? How have these decades-old restaurants shaped Birmingham's food culture? Is there a parallel between Greek culture and Southern culture? And so I set out to document the people and places throughout the city. 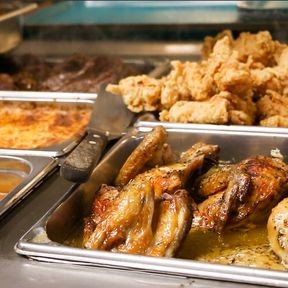 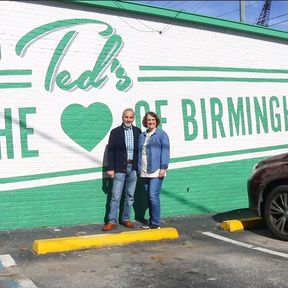 My first interview was with Beba and Tasos Touloupis, owners of Ted's Restaurant in downtown Birmingham. A classic meat 'n' three since 1973, they serve Southern dishes alongside Greek fare. Beba and Tasos inherited recipes from Mr. Ted, and over time made them healthier (their vegetable dishes are truly vegetarian–no ham hocks in the greens here!). As American palates got more adventurous, they incorporated Greek dishes like souvlakia and pastitsio. (328 12th Street South) 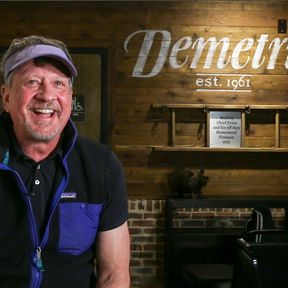 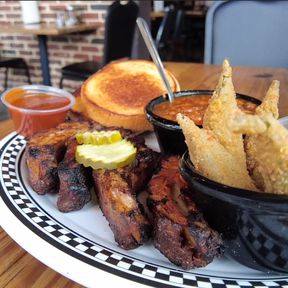 Next I headed south of Birmingham to suburban Homewood, where I grew up. Demetri's BBQ opened its doors in 1961 by Demetri Nakos. Today, the restaurant is run by his son, Sam. Demetri's serves breakfast and offers barbecue staples along with Greek chicken and Greek salad. During our conversation, Sam told me that at one point almost every barbecue restaurant in Birmingham was owned by a Greek family. (1901 28th Avenue South) 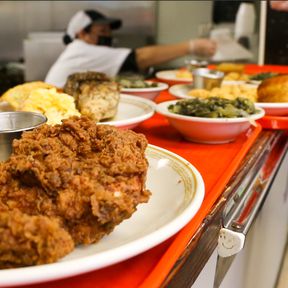 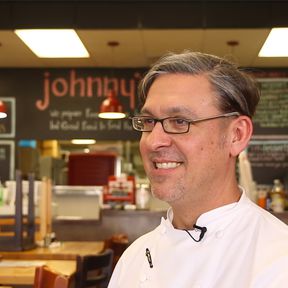 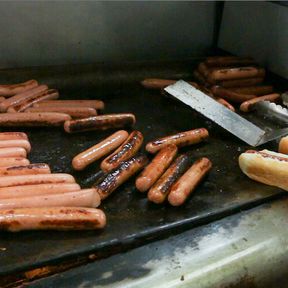 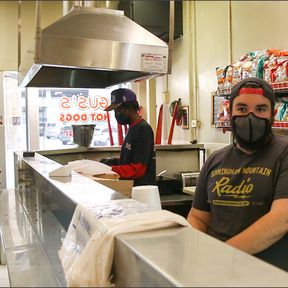 Gus's Hot Dog's, nearly 75 years old, is the last downtown hot dog stand. Lee Pantazis is the fourth Greek owner, and he took a break from manning the grill to talk with me about the history of the Birmingham hot dog. It had to be hearty to give sustenance to the steel workers who built the city, so it's topped with sauce and beef to curb hunger. (1915 4th Avenue North) 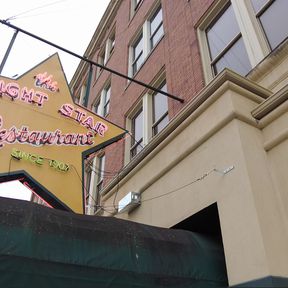 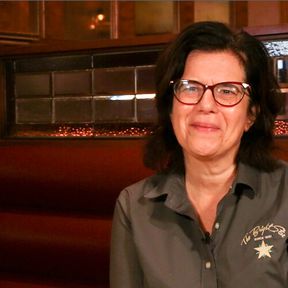 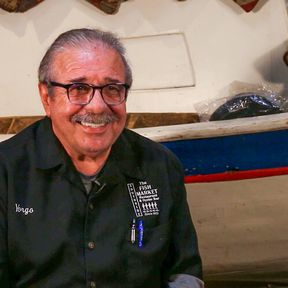 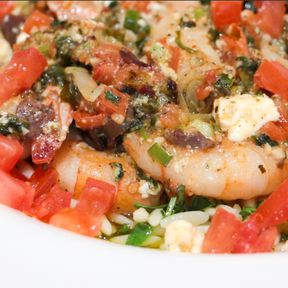 George Sarris's The Fish Market is the go-to spot not only for Greek seafood dishes, but also for fish to cook at home. Sarris sells his own brand of olive oil and other Mediterranean staples in the restaurant. He immigrated to Birmingham in the 1960's and worked his way up from washing dishes to owning his own restaurant. (612 22nd Street South)

The film is called Philoxenia, a phrase meaning 'friend to the stranger.' Each restaurant owner was most welcoming to me as I walked through their kitchens with my camera and interviewed them in their dining rooms. True to form, they all insisted I take a meal for the road. It's no surprise that these eateries have become community mainstays with the youngest being nine years old and the oldest celebrating 114 years in operation. Living in Birmingham most of my life, I knew we had a vibrant Greek culinary legacy and sharing this hidden history to friends (locals) and strangers (visitors) has only highlighted the influence that these restaurants have on the culinary landscape of our city.

Jessica Chriesman is a filmmaker based in Birmingham, Alabama. Her film Philoxenia was featured in the Southern Foodways Alliance's 2021 Spring Symposium. She has screened films in film festivals across the country. You can find more of her work at jessicachriesman.com and on social media as @jctellsstories.