Nature never fails to surprise us.

Now here's something you don't see every day!

What appeared at first to be some sort of misshapen dinosaur egg was actually something more. Upon further inspection, they realized it was actually a pair of snake eggs laid inside the shell of a small, dead turtle.

"Like anyone who spends a lot of time in the field, our WMA staff often finds some pretty cool stuff," Alabama Wildlife and Freshwater Fisheries Division wrote on Facebook alongside photos of the rare find. "While working on land improvements, Geneva State Forest WMA employees saw this interesting placement of snake eggs within the shelter of a dead turtle."

According to Alabama A&M & Auburn Extension, Alabama is home approximately 40 species of snakes. Most mama snakes bury their eggs under loose dirt, inside decaying logs (or even pool noodles!) before leaving their offspring to fend for themselves.

While Alabama Wildlife and Freshwater Fisheries Division could not identify the species of snake responsible for the bizarre egg placement, it's clearly a resourceful, if not lazy, creature.

As for the makeshift nest?

"It was left in the dirt to develop as nature intended," the post concludes. 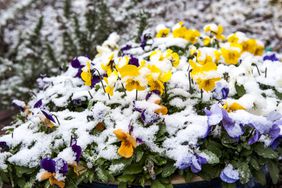 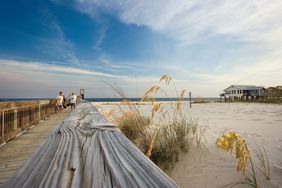