The slow but steady reinvention of Alabama's largest city has finally come into focus.

If you'd asked me how I liked living in Birmingham five years ago, I would've responded with a practiced diplomatic answer. "There's hardly any traffic," was a go-to. Or I might have praised the city's proximity to other destinations: "If I leave in the morning, by lunchtime I can be in Atlanta, Nashville, Memphis, New Orleans, or Asheville." But with each passing year, I grew to see how lucky I was that the cosmos dropped me off here instead of any other place. Birmingham is evolving.

There's a line from a song by the Birmingham-born band Lee Bains III & The Glory Fires that goes, "Encase my tongue in steel in case I ever dare to say I'm stuck." This city, which made its name by forging steel from the surrounding iron-rich mountains and got its reputation during the Civil Rights Movement and the 16th Street Baptist Church bombing, is definitely a complicated one to love. But what has changed it for the better is a group of residents who are claiming it again, past and all—a past that doesn't feel stuck. They want to stay and conscientiously change its legacy.

The people here will be the first to tell you that this iteration of Birmingham has been a long time coming, but it's worth it. We don't have gaggles of glass towers or scooter apps. National chains don't dot our downtown. We like that. What we have isn't perfect, but it's homegrown.

That homegrown feeling might also be the reason why, these days, my phone lights up with more messages from friends planning to visit Birmingham, not drive through it. This is my piece of the city to share. I like to joke that Birmingham feels like 300 square feet despite a sprawling metro area and hundreds of square miles of the forests, mountains, and rivers that make Alabama one of the country's most biodiverse states.

The city feels most like a small town to me when I start my morning at a Woodlawn cafe. I rarely have to make any weekend plans to hang out with friends because I know I'll see them there.

A historic neighborhood with multigenerational residents near the Ruffner Mountain nature preserve, Woodlawn has a mini downtown that has become a hub for new businesses and initiatives. Birmingham native Mashonda Taylor, who's the executive director for Woodlawn United, works to make sure everyone will benefit from its growth. "We get to carry out the vision of our community, and they want thriving businesses," says Taylor. "Together we are creating one of the most economically, socially, and culturally diverse neighborhoods in the city."

In the heart of Woodlawn is Club Duquette, a boutique owned by musician Duquette Johnston and his stylist wife, Morgan, who stock hard-to-find Levi's jeans, house-printed bandanas, and other design-oriented basics. It was at the shop's regular block parties that I began meeting people like Taylor and others who are like-minded in taking on the responsibility of building a better Birmingham. "There's this new wave of energy here, and we all see the potential for what could happen," explains Duquette. "We all want the city to have more equitable entrepreneurship." 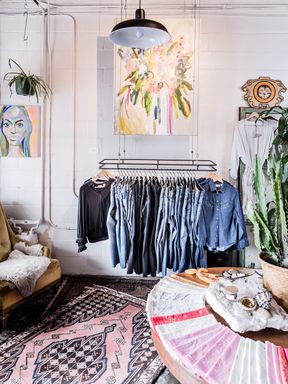 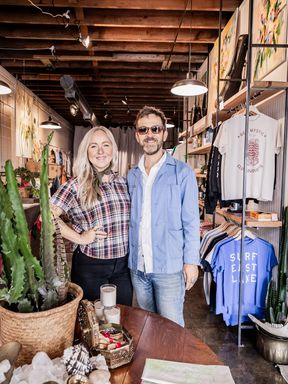 "We may be in retail, but we're also in the service industry," says Morgan. "We want to be everyone's Southern grandma. She may not know you, but she's going to offer you a beverage, see what you need, and show you love."

It's an ethos that I feel in so many of the city's independent businesses, whether I'm digging through the crates at the vinyl-and-barber combo shop Seasick Records and Birmingham Classic Cuts, enjoying a scoop of Cullman Strawberry from Big Spoon Creamery, wandering through the philodendron-filled greenhouse at Shoppe, sipping a cold brew at Domestique Coffee in the space-themed music venue Saturn, cracking open a can at new-old dive bar Mom's Basement, slurping Spicy Miso Ramen at izakaya Shu Shop, or browsing the racks at Basic.

Ask around town, and you'll hear a consistent reason for the city's energy shift: Birmingham's 41-year-old mayor, Randall L. Woodfin, who was elected in 2017. "I think there's a collective spirit here," says Woodfin, who notes he's had family living in at least 20 of the city's 99 neighborhoods. "I'm just fortunate to be its cheerleader."

The mayor has homed in on the less glamorous but long-needed work of neighborhood revitalization by creating a blight-removal fund and opening a fresh produce market at a downtown transit facility. "I remember feeling like the city wasn't a place for my generation, but I realized in law school the only way to change it was to get involved," he says. "We've committed to promoting the good in Birmingham—because despite all the bad, there's a lot more good."

Chef Adam Evans returned home to Alabama to open the ambitious Automatic Seafood and Oysters. Designed by his wife and co-owner Suzanne Humphries Evans, Automatic represents a sea change in Birmingham's dining scene. The menu here reflects the glory of the Gulf (just a few hours' drive south) and shifts with each day's catch. Murder Point oysters fill an ice tray at the onyx-tiled bar, and guests sitting in cane-back banquettes order plates of crispy fried fish collars. It's no wonder Adam won the 2022 James Beard Award for Best Chef South. Not far away, Pete Halupka and Lindsay Whiteaker, the owners of Harvest Roots, opened a kombucha taproom. Meanwhile downtown, a beloved Italian cafe, Trattoria ZaZa, has the only brunch line I will gladly stand in. 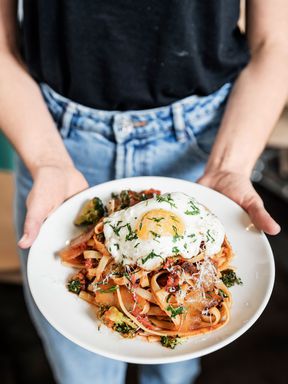 Trattoria ZaZa serves Breakfast Pasta that will brighten your day. 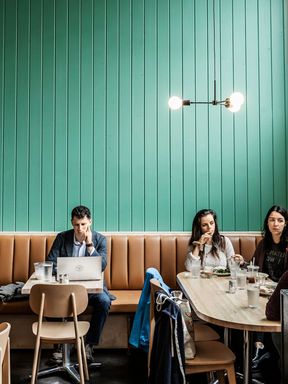 In the nearby suburb of Mountain Brook, Brandon Loper and Trent Stewart have built one of the most unique natural wine shops in the country, Golden Age Wine, with over 750 different retail bottles and a by-the-glass bar. Loper, also a filmmaker, moved back to his home state with his architect wife (she designed the space in terra-cotta tones) and daughters after living in San Francisco for a decade. When he found out that starting a wine bar in Birmingham would cost "a thousandth of the price" and he met Stewart, a lifelong resident and professional buyer, the duo started ordering wines the state had never been able to access previously.

"I really enjoy introducing people to new things," says Loper. "I wanted a place where I could share that with everyone the same as if they'd come over to my house."

"It's surprising to people what a big wine market we have," echoes Stewart. "It has really been fun to stick it out here because the town has changed so much." 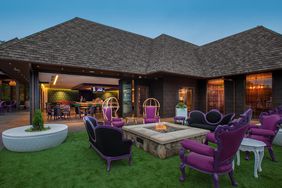 11 Things to Do in Mountain Brook, Alabama 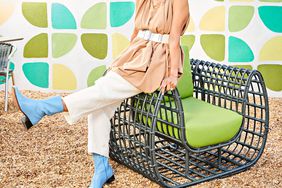