Since 2007, husband-and-wife team Sid and Ann Mashburn have been operating under the ethos “you don’t need a lot of clothes… you just need the right choices.” Well-tailored classics and cheeky, smart accessories punch up Ann’s glossy white women’s store, while handsome suiting, fine leather goods, and sisal rugs outfit Sid’s famous men’s shop. The Mashburn brand was born in Atlanta but has recently expanded (to the delight of their fiercely loyal customer base) to Houston, Dallas, and Washington, D.C. sidmashburn.com; annmashburn.com

Owner Stacy Smallwood has made big waves with her small King Street shops in Charleston. Excited by the opportunity to champion the emerging designers she wanted to wear, she set out to bring them down South. Six years later, she opened the adjacent James, featuring a range of designer accessories. For Smallwood it is simply about selection—as she describes it, balancing trend pieces wth what people will actually wear. hampdenclothing.com

Open by appointment, this Atlanta-based, custom men’s clothier offers a contemporary, high-end experience for the man who wants bespoke menswear at a price point that won’t ice him out. Step into the showroom and you’re immediately greeted by Southern hospitality—dressed in a well-cut suit. Once you are (suitably) sartorial, your selections can be fitted and tailored on the spot. It is truly an old-school experience…with a decidedly modern selection. commonwealthproper.com

Designer Deirdre Zahl opened Candy Shop Vintage, her vintage and vintage-inspired jewelry brand, in a charming 1940s storefront just off upper King Street in Charleston. Her shop features a popular line of Charleston Rice Beads, retro-inspired designs, and one-of-a-kind jewelry that’s exclusive to the boutique. True to vixen form, an oversize painting of Marilyn Monroe watches over you as you shop. candyshopvintage.com

Owner Emily Bean Livezey is Atlanta-born, but spent most of her childhood in Westport, Connecticut—where she developed an eye for the East Coast classics she buys for w.port. Southern roots pervade the warm, open manner of the dress shop’s four walls, where Emily’s personal style shines through. Pop by for vintage Zuni jewelry, featherweight cashmere, and breezy linen button-downs. shopwport.com

Tootsies is truly Texan—big, grand, and glamorous—with the selection of a department store and the service of an independent boutique. A mainstay on the state social circuit, Tootsies is actively involved in local philanthropies, playing host to a menagerie of cocktail parties and ladies’ luncheons. Did we mention the clothes? Oh, the clothes! A divine selection from the world’s finest designers adorn the racks, set off by each store’s modern lighting and glossy finish. (If Texas is too far off the beaten track, enjoy Tootsies location in The Shops Around Lenox in Buckhead, Atlanta.) tootsies.com

Over 100 years ago, William Joseph Croghan opened a jewelry store in a single house on King Street. Four generations later, Croghan’s is the oldest family-owned jewelry store in Charleston. In addition to custom designs and a popular, contemporary “goldbug” line, the shop carries a variety of estate, antique, and fine jewelry at a range of price points, making it equally popular with locals and tourists alike. croghansjewelbox.com

Since 1959, Heery’s Clothes Closet, in the heart of downtown Athens, has been fashion-forward. (It was the first store to carry Amy Smilovic’s popular line Tibi.) Behind the distinctive street-side scalloped awning, you’ll find lines like Dolce Vita, Rachel Zoe, and Mara Hoffman, topped off with the shop’s friendly brand of Southern service. heerys.com

The storied history of Ben Silver Charleston could just as easily be read as the history of casual elegance. For just as John F. Kennedy “strode coatless, despite the January 1960 chill, into the White House,” Ben Silver strode headfirst into fashioning the classically elegant men’s four-button blazer. Now, both in a landmark King Street store and through a catalog business that trades on the refined aesthetic of its eponymous founder, Ben Silver purveys classic tweed jackets, English striped ties, and fine furnishings for men. The shop is a magnet for sophisticated Southerners who are loyal to its commitment to quality fabrics—and its excellent customer service. bensilver.com

Hattie Collins Moll opened Hattie Sparks when she decided New Orleans customers needed a boutique that featured local, independent brands, and artists. She partnered with Kelly Lore Merry to expand and to combine their aesthetics—clean and minimal met colorful and whimsical—and the shop’s business began to boom. Pop by for a cocktail and a party dress to go with it. hattiesparks.com

House of Lavande was established in Palm Beach, Florida, in 2006 by jewelry connoisseur Tracy Smith. For an edited vintage look, Smith travels the world, combing flea markets from Paris to London, estate sales, and private dealer stock, hand-picking a definitive selection of accessories that make HoL a respected name industry-wide. The store has now expanded to include a collection of Smith’s own designs. houseoflavande.com

Carrie and Matt Edmonson, who both hail from a long line of pickers, began imogene + willie in 2009. It was a simple concept: They just wanted to make quality jeans that really fit. Housed in a 1950s service station, the shop also carries a well-appointed assortment of small goods and home items, so it feels like an extension of their personal archive. imogeneandwillie.com

In 1917, the Dumas family changed their business from a pawnshop to a men’s store, and King Street in Charleston was never the same. The iconic shop was the first in South Carolina to carry Levi’s denim, after G.I.s returning from the West Coast demanded it. Throughout the fifties, sixties, and seventies, alongside their clothing business, they served as Charleston’s headquarters for outfitting Naval officers. Today, in keeping with the family tradition, David Dumas runs the shop, stocking it with popular men’s brands like Southern Tide, Bills Khakis, and Barbour. mdumasandsons.com

Montrose, named for the Houston neighborhood in which it resides, subscribes to a Parisian-influenced aesthetic that is prevalent in its clean, minimal buy. Make no mistake though—this place isn’t cold. Instead, owner Juley Le exudes a relaxed attitude that seeps into her own personal style, one she is happy to translate to her loyal customers. This is a shop where less is truly more. montroseshop.com

Stirling Barrett, the founder and creative director of Krewe du optic, is a New Orleans native and entrepreneur. A longtime vintage eyewear enthusiast passionately invested in spreading the culture of the city through his work, he launched Krewe in 2013 after seeing an opportunity to positively impact the cultural perception of New Orleans through his business. The brand is now one of the fastest growing independent eyewear companies in the United States, attracting fans like Beyoncé, Reese Witherspoon, Gigi Hadid, and Kendall Jenner. The flagship store is in the heart of the French Quarter. kreweduoptic.com

Set in a comfortable and inviting renovated bungalow on West End Avenue, Haymakers & Co. is Nashville's one-stop shop for men's contemporary casual and tailored clothing, premium denim, and heritage-based provisions. Equipped with a custom clothing bar, full-service barber shop, and drinks on the house, Haymakers has introduced a well-curated assortment of brands, with a strong focus on American-made and ethically sourced collections and products, since its fall 2014 opening. The concept was the brainchild of owners Mike Mahaffey and Jim Brandon of J. Michaels Clothiers, another Nashville mainstay men's specialty store, and one of their longtime employees, Miranda King. haymakersandco.com

Situated in the heart of King Street, Charleston’s Finicky Filly is a one-stop women’s shop. Mother-daughter team Judy Casey and Rebecca Steinberg make sure their store always has a little something for everybody (even grandmothers!). Stop in for a selection from brands like Tory Burch and Twine & Twig. thefinickyfilly.com

His-and-hers style dominates this space conceived by husband-and-wife team Jim and Camryn Chambers. Tucked into the charming streets of Atlanta’s Virginia-Highland neighborhood, it does double-duty as a quaint coffee shop. Stop in for a fresh edit from brands like Atlanta local Megan Huntz, and Nashville’s Nisolo. henryandjuneatl.com

Emly Benham has the feel of a traditional shoe salon, but with a thoroughly modern selection. Whether you’re shopping in Atlanta or Jacksonville, expect to see a killer array of great designer shoes from Vince, Brochu Walker, Pedro Garcia, and more. facebook.com/ebAtlanta

Quietly tucked into the front pocket of Scout (a lifestyle store under the same ownership), Ethyl 3.9 offers a hyper-curated selection of men’s clothing from the likes of Billy Reid and Vince. Don’t miss the store’s supercool Men of Louisville blog, which captures stylish locals dressed to the nines. ethyl39.com

One of the Southeast’s premier shoe salons, Bob Ellis sits front and center on Charleston’s bustling King Street. Come in to be traditionally measured and fitted. Then, enjoy the finest footwear the world has to offer, including Stuart Weitzman and Jimmy Choo brands. bobellisshoes.com

CCH Collection, a range of sophisticated basics made in the United States, is designed and managed by Virginia-based sisters Alston Armfield and Carter Johnston. Founded in 2012, CCH Collection quickly gained a loyal following with its breezy tunics, tailored shirt dresses, and smart jackets. In 2014, the sisters opened a flagship store in Richmond, which serves as home base for their relaxed, classic pieces. cchcollection.com 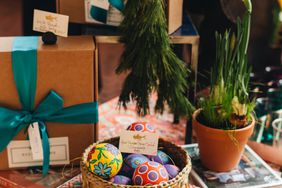 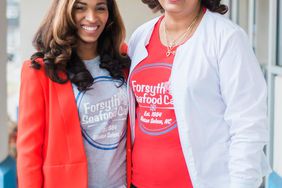 These Southern Mother-Daughter Businesses Take BFF to a New Level 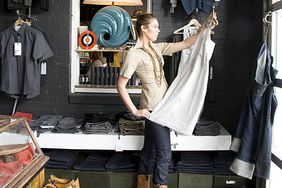 Where to Shop in Nashville 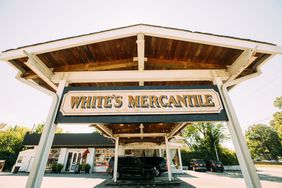 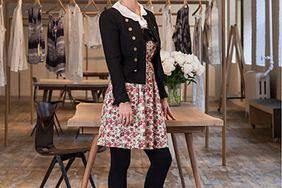 The 10 Best Boutiques in the South 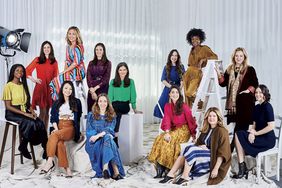 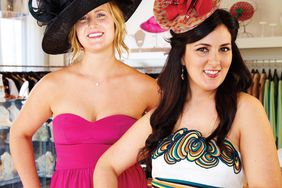 Where to Shop: Kentucky Derby Weekend