For those wondering, "Where's the beef?" We found it. No matter what type of top BBQ list gets produced, you can count on one thing: Texas will be mentioned at least once, if not multiple times. For this years South's Best list, we decided to take a deep dive into the great BBQ joints in Texas. Here are the top 10, reader voted BBQ restaurants in the state of Texas.

This is a Central Texas fan-favorite spot for their beef brisket and "shoulder clod," but the pork chop is a surprise treat.

The Schmidt family from Kreuz Market brought the flavors of their legendary barbecue town tothe big city of Dallas.

From a mobile trailer that's now permanently parked on the outskirts of College Station, Brad Doan wows visitors with prime-grade brisket and plenty of homemade sides.

The first Black's opened in 1932 in Lockhart, and the family has been smoking over post oak ever since. (Various locations)

Check Out The Best BBQ Joints In Texas

Emma and Travis Heim made waves with the smoked brisket-laced Heimburger and their novel bacon burnt ends, but their traditional smoked meats are rock solid too.

Founder Ronnie Killen expanded his menu and added dinner hours, but folks still lineup at lunch for brisket and ribs.

There are nearly 20 Bodacious franchises that dot the state, and they all serve the restaurant's beloved original sauce. Some locations even offer it by the gallon to take home. (Various locations)

Customers still wait hours for brisket and ribs from Aaron Franklin, the celebrity pitmaster who put Austin barbecue on the map. 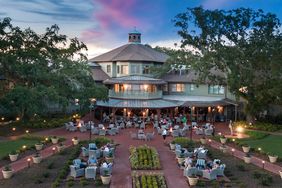