Fairhope, Alabama: The Beauty on the Bay

Growing up landlocked in Birmingham, I never fully understood my mother's nostalgia for her hometown of Fairhope. Her stories of coming home from school and hopping on a 14-foot catamaran, the way suburban kids do bikes, or getting calls from neighbors in the middle of the night to grab your flashlights and nets—it was a jubilee. This was all just nostalgic folklore to me until recently, when we grabbed my grandmother and took a three-generations trip down to see this veritable live-oak-lined Mayberry. And she's right.

Wiry trees hung with Spanish moss frame up pastel-painted bungalows. Folks said hello like they've known you for decades (turns out, some of them did). I had the best pub sandwich of my life at Manci's Antique Club and, after driving through the Fruit and Nut District, wanted to buy one of its historic homes on the spot—and stay forever. Some things have changed, of course. Just a few miles south on Scenic Highway 98 in Point Clear the Grand Hotel Golf Resort & Spa recently got a facelift but continues to feel special. Fairhope Brewing Company, which opened in 2013, exports Fairhope magic in the form of IPAs, and though the iconic Judge Roy Beans no longer stands, you can still grab a beer named after it at the brewery. Panini Pete's didn't exist when my mom was growing up, but it's the number one place folks recommended when I told them I was visiting. It's located in Fairhope's French Quarter, a wrought-iron lined courtyard filled with quaint shops. Just down the street from that is Page and Palette, where you're likely to find yourself in the company of visiting Southern authors.

Grouper sandwiches and gorgeous neighborhoods aside, it wasn't until I saw the sunset from the Tiki Bar at the American Legion Post 199 that I completely understood what the nostalgia is all about. Now what I don't understand is how anyone can stand to live anywhere else on earth. 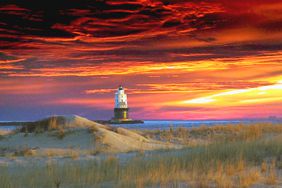 Enjoy the Beauty and Slow Pace of Lewes, Delaware 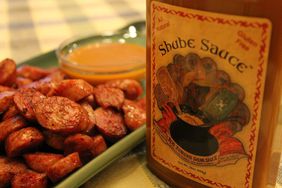 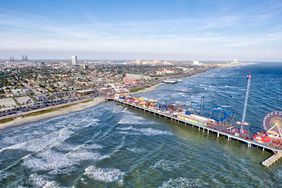 Dogwood Is a Tree for All Seasons