And there's no need to dispute it.

Friends don't let friends eat at chain restaurants in Charleston, South Carolina. Don't get me wrong. I appreciate the dependable fare of an established chain as much as the next omnivore. But when you're in Charleston, the Holy (Smokes! This Place Has a Lot of Restaurants) City, choosing chains over exploring the local flavor is a transgression as unforgivable as slurping oysters out of season. I'll admit I'm burdened with a pretty substantial bias—I grew up in the area and my family still lives there—but even out-of-towners and one-time visitors won't disagree with me that Charleston is one heck of a food city.

Everyone talks about the explosion of our culinary scene, and it's true. Our city has an increasing embarrassment of riches when it comes to places to eat and hot chefs setting up shop. But what gives substance to Charleston's claim as one of the South's best food cities is its old-guard restaurants—the places that made the city's food scene cool before everybody really realized it was cool. Fans of FIG's John's Island Tomato Tarte Tatin would probably erect a statue in its honor if given the chance, and were the Peninsula Grill ever to remove the 12-layer Ultimate Coconut Cake from its menu, there would be rioting in the streets. They're dependable, time-honored food traditions, as much a part of the Charleston landscape as palmetto trees, Rainbow Row, and that one cobblestone street that shudders your tires out of alignment every time you drive down it.

And if restaurants like FIG and Peninsula Grill put us on the map, it's the steady parade of celebrated eateries that have popped up in the years since that has kept us there. James Beard award-winning chef Sean Brock followed up fan-favorite McCrady's (to which he no longer has ties) with Husk in 2010; restaurateur Brooks Reitz has established a small empire over the past five years with his well-loved trio of Instagram-able spots (Little Jack's Tavern, Leon's Fine Poultry & Oyster Shop, and his latest, Melfi's); and pitmasters John Lewis and Rodney Scott have challenged us to a veritable Battle of the Barbecue: Lewis serves up Texas-style beef brisket and hot guts sausage at his namesake restaurant in the city's up-and-coming NoMo neighborhood, while Hemingway, South Carolina-grown Scott delivers vinegary, all-night pork at Rodney Scott's Whole Hog BBQ not too far down the road. Whatever you're in the mood for, Charleston's got it on the menu.

But what makes Charleston a truly special food city in my book is that we haven't yet gotten too big for our britches. Sure, we swell with pride and toast our wins and wrap our arms around every last accolade that's flung our way, but we love to open those award-cradling arms to anyone who's hungry and looking for a little hospitality. We do that best of all.

Have you visited the Holy City? Share your favorite places to eat, play, and shop with us in the comments. 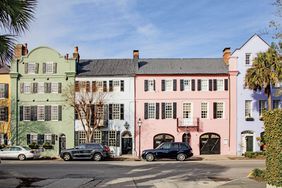 Why Charleston Is the South's Best City 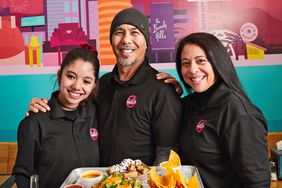