With a few flavorful upgrades, the childhood favorite fried bologna sandwich goes to an all-new level.

If it's been a few years (or decades) since you've eaten a fried bologna sandwich, now's the time to get reacquainted. This is what sandwich dreams are made of—the delicious interplay of tender bread and crispy meat matched against the gooey richness of American cheese. It's the type of humble dish that always satisfies. And it's worlds apart from a cold bologna sandwich.

Sure, that has its own squishy appeal, but when you fry the meat, it lightly chars around its edges, takes on a fantastically crispy texture, and gains a concentrated porky-salty flavor.

We kick up our newfangled version with a few tasty flavor boosters, taking this classic handful from guilty pleasure to company-worthy fare. First, we make our secret sauce with a jolt of pungent Creole mustard to stand up to the boldness of the bologna. We also adorn our sandwich with two hits of pickle flavor: sweet, from bread and butter pickle chips, and tangy, from dill pickle potato chips. We have a few more tricks up our sleeve. Read on for our best fried bologna sandwich secrets.

How to Make Fried Bologna Sandwich

This is a fairly quick recipe that yields four delicious sandwiches that are hot, fresh, and ready at the same time (you can easily scale down if you need). The first step is to preheat the oven so that you can keep the bologna hot and crisp as you work through cooking the batches. As the oven heats, you'll mix together the sauce and score the bologna slices (more on that in a bit).

Next, you'll butter one side of the bread and brown that side in a large skillet or griddle. Then flip the bread over and toast the unbuttered side (it's fine that there's no butter on that side) in the pan. You'll take the bread out of the pan and set it on a wire rack to allow air to circulate and prevent that perfectly toasted bread from steaming underneath and getting soggy on the bottom.

Then you'll crank the heat up under the pan and fry the bologna in batches. As each batch is ready, you'll place it in the oven to stay warm.

When all batches are ready, you should have four stacks of bologna on a pan in the oven. Onto those stacks go slices of American cheese, which melts in just a couple of minutes.

After that, it's time to build the sandwiches: Swipe on the mayo-mustard sauce, and layer lettuce, tomato, pickles, bologna, potato chips, and bread. The unofficial and optional last step is to smoosh the whole thing down a bit to break the chips up a little and make the beast of a sandwich more manageable to bite.

- Bologna: We don't recommend anything fancy. Supermarket bologna works perfectly; you can use either beef and pork bologna or beef bologna. We recommend regular bologna, not thick sliced, because it crisps up better.

- Spread: We start with a mayonnaise base and stir in a hefty amount of Creole mustard, which makes for a tangy spread with nose-tingling pungency.

- Potato Chips: If you're not into chips on your sandwich, you can definitely leave them off and still have a delightful experience. We love dill pickle chips because pickles just taste great with bologna. The hearty crunch of kettle chips would be a little overwhelming, so we strongly recommend thin-cut chips.

- Veggies: Shredded iceberg lettuce adds just the right amount of "fluff," while tomato juices things up nicely. Bread and butter pickle chips deliver another hit of pickle goodness, just in a sweet format that pairs well with the salty meat.

If you've ever tried to cook bologna in a skillet without prepping the slices first, you know that they'll curl up and cook unevenly. There are two main ways that folks advise you to prep the bologna to prevent this: Either score an "X" in the middle of each slice, or cut notches into the edge of each slice.

We tried both methods and had a favorite way—notching the slices. When we tried the "X" method, the slices puffed up a lot in the center, making each slice resemble the business end of a plunger. With the notch method, though, the center puffed up much less; it still puffed a little but remained more flat overall.

If you cut long notches (about an inch), the bologna slices will open up as they cook so that each slice resembles an iron cross. There's nothing wrong with that, but we prefer shorter notches about ½ inch long. 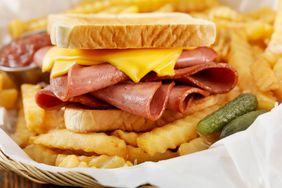 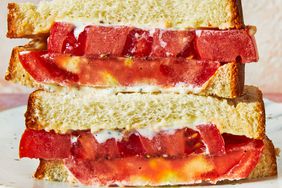 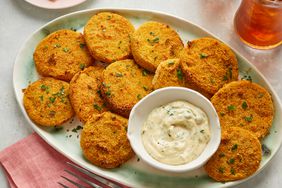 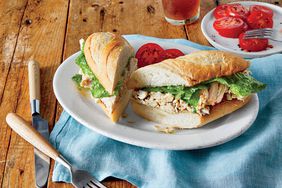 14 Sandwiches Perfect for Your Next Picnic 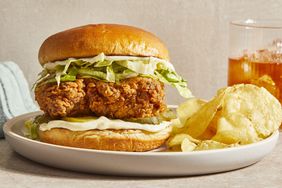