The historic Port Isabel Lighthouse will finally shine once more.

The last Texas lighthouse still open to the public will glow again for the first time in more than a century this week.

The Texas Historical Commission (THC) and the Port Isabel Lighthouse State Historic Site recently funded and coordinated the reproduction of a new lens for the lantern room at the top of the historic Port Isabel Lighthouse. The new installation will offer visitors a peek at the working past of the lighthouse and the service it provided to the Gulf Coast.

The organizations will commemorate the first official lighting of the Port Isabel Lighthouse in 117 years at 6:30 p.m. on December 9, 2022. Afterwards, the public is invited to explore the tower and observe the Gulf Coast from an extraordinary vantage point in a free event complete with guest speakers, refreshments, and more.

“The Port Isabel Lighthouse is a major heritage attraction for visitors, offering a glimpse into the past of the community and its maritime history,” Mark Wolfe, executive director of the THC, said in a statement. “Thanks to the support of the Texas legislature and our statewide leaders, visitors will now see the lighthouse much as it would have appeared more than a century ago.”

As the last Texas lighthouse open to the public, visitors can explore the exhibits in the reconstructed Keeper’s Cottage before climbing up the 72-foot lighthouse and enjoying beautiful coastal views.

Operated by the City of Port Isabel, the Port Isabel Lighthouse is a Texas Historical Commission state historic site. It was built in 1852 to protect maritime traffic in the Brazos Santiago Pass. The Point Isabel Lighthouse (later changed to “Port Isabel”) was active off and on until it was decommissioned in 1905.

For the past several decades, the lighthouse has been ornamentally illuminated. In 2019, the property was transferred from the Texas Parks & Wildlife Department to the THC, which began work on refitting the lantern room with a historically accurate reproduction of a 3rd Order Fresnel Lens. Dan Spinella and the team at ArtWorks Florida replicated a functional Fresnel lens, pedestal, and lamp based on a 19th century plan showing the design of the lens specific to the site. 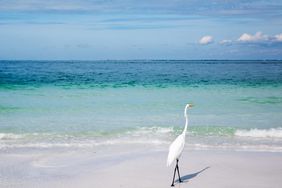