Here’s how to attract pollinators of all kinds to your garden.

Watching a bee tumble out of a squash blossom or buzz around the catmint is peaceful and awe-inspiring! These industrious workers—along with butterflies, moths, bats, some birds and other insects such as wasps and beetles—have a big job to do. They carry minuscule grains of pollen from one plant to the next so plants can reproduce and form fruits and seeds to ensure a healthy, diverse eco-system. About 75 percent of the world’s flowering plants and 35 percent of the food crop depend on pollinators, which means we humans do, too!

Increased urbanization, pesticides and issues such as parasitic mites have affected pollinator populations in recent years. But whether you live on a few acres or a small plot, there’s plenty you can do to help them thrive. “You can integrate pollinator-friendly plants easily into your existing landscape,” says Amanda Bennett, vice president of horticulture and collections at Atlanta Botanical Garden. “Even if you only have a small space, you can plant in pots, containers and window boxes. Every bit counts.”

Here's what else you can do to make your garden an oasis for pollinators:

Plant an array of flowers with different colors, shapes and bloom times, and aim for plants that bloom in succession from early spring to late fall. “For example, you want to offer something for those insects that are just waking up in the spring so they have an instant source of food,” says Bennett.

Include native plants in your design, but you also can use cultivars, or cultivated varieties; they’re selected or cross-bred with other species to attain specific traits such as being more compact or having larger flowers. They’re developed to be practical, beautiful and yet still can provide food for pollinators, says Bennett.

In order to catch pollinators’ attention, groups several plants together, rather than spacing a single plant here and there. “Insects are visual and planting in clusters of three to five plants sends a clear signal that there’s something good to come and eat in your garden,” says Bennett.

Annuals live for one season, but they bloom from planting until frost so you get a lot of color for a long period of time. They’re a good starting place because they offer quick results and typically don’t require you to fuss much to keep the blooms coming. Plants to consider: Pentas, lantana, sunflowers, sweet alyssum, cosmos, and zinnias.

Perennials, which bloom for a few weeks to a few months, return for many seasons, so they’re a great way to build your pollinator garden over time. But they are a long-term commitment that requires patience. Most don’t do much the first year, then grow a little more quickly the second, and finally take off the third season. Plants to consider: Bee balm, catmint, calamint, coneflowers, rudbeckia, and milkweed.

Borage, chives, dill, sage, and cilantro are all popular with pollinators, so plant them among your other edibles or in beds and pots throughout your landscape, says Bennett. Vegetables such as fennel and heirloom plants such as scarlet runner beans also attract tons of pollinators.

Use Shrubs and Trees for Structure

Be a Little Lazy About Fall Cleanup

Procrastinators rejoice! Leaving some leaf litter and seedheads intact over the winter gives pollinators a place to hide out during cold weather. You don’t have to let the whole yard go wild, says Bennett. Keep the front yard crisp and clean for curb appeal, but let a part of your back yard remain less tidy to shelter your pollinators.

Insects need water, too. Adding a simple water feature makes the space even more welcoming to them. Set up a birdbath or shallow dish with a pebble for pollinators to land; just be sure to change the water every few days so mosquitos won’t have a place to breed.

A strong spray of water from the hose often knocks down pests such as aphids to acceptable levels. Diseased plants, such phlox with powdery mildew, are sometimes best disposed of instead of trying to battle an ongoing problem.

If you do need help during a pest or disease outbreak, opt for organic options. For example, products such as bacillus thuringiensis (Bt)) for caterpillars, neem oil for pests and disease, or insecticidal soap for insects are somewhat less lethal control methods. However, remember that any broad-spectrum product kills both the bad guys and the good guys, so use them sparingly, says Bennett. 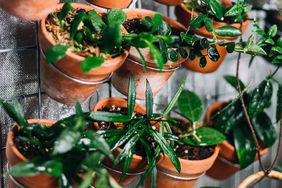 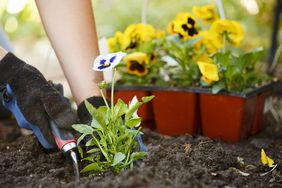 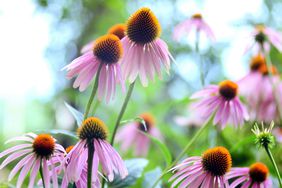 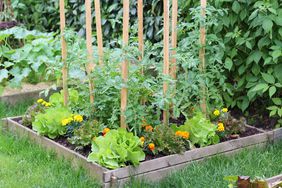 Why You Should Always Plant Flowers With Your Vegetables 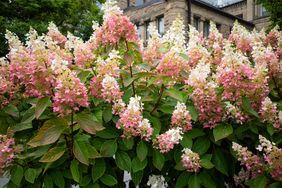