At 112, World's Oldest Living Man Attributes His Long Life to Smiling and Never Getting Angry

We'll have what he's having!

Chitetsu Watanabe has it all figured out. At 112 years and 344 days old, Guinness World Records recently recognized him as the world's oldest living man.

Guinness presented the super-centenarian with a certificate on Wednesday at the nursing home where he lives in Niigata, Japan. Despite not having any teeth, Watanabe smiled proudly next to the calligraphy banner he made for the occasion that says, "World No. 1."

In an interview with a local Japanese paper last year, the soon-to-be-113-year-old shared that the secret to his longevity is to "not to get angry and keep a smile on your face."

Now that's something we can get behind!

Watanabe, who was born on March 5, 1907, was the oldest of eight children.

An active gardener who grew fruits and vegetables until he was 104 and exhibited bonsai trees until 2007, Watanabe had five children. He attributes his love of all things sweet to years of working for a sugar company. Brown sugar is his particular favorite, "but since he has lost his teeth, he enjoys sweets that don't need a lot of chewing, like custard pudding or the cream inside chou à la crème," Guinness notes.

Kane Tanaka, who is currently the oldest woman living, also lives in Japan. She celebrated her 117th birthday in January. 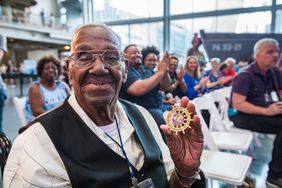 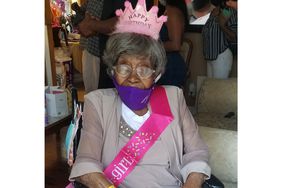 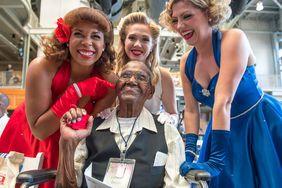 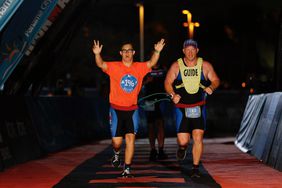 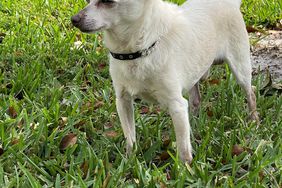 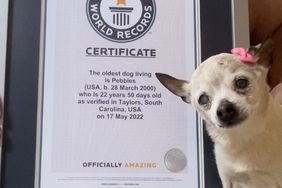 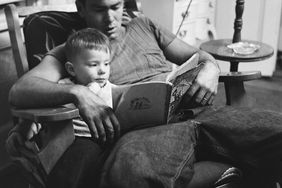