The “Baby, Baby” singer sustained a concussion in July.

It's been nearly two months since Amy Grant was injured in a scary bicycle accident, and her husband, fellow musician Vince Gill, said she's "doing great."

Despite her progress, Grant, who was hospitalized after sustaining a concussion in July, was unable to attend last week's taping of CMT Giants: Vince Gill in Nashville on Monday. Instead Gill was accompanied by his two daughters, Corrina and Jenny.

Speaking with Entertainment Tonight on the red carpet, Gill provided an update on his wife's health.

"She's doing great," he said. "She's pretty torn up that she couldn't be here tonight but with her accident and all of that, they kind of deemed that the best thing for her to do is just be still."

"That's hard for her because she is very active," Gill continued. "She knows that she is well thought of, well loved and represented tonight, so it's all good."

On July 27, Grant was thrown from her bike after hitting a pothole in Nashville. According to her publicist, Velvet Kelm, the "Baby, Baby" singer hit her head so hard that she was knocked unconscious for about 10 minutes.

Grant and Gill have been married since 2000. They reside in Nashville and share one daughter, Corrina, as well as three children from Grant's previous marriage and one from Gill's. 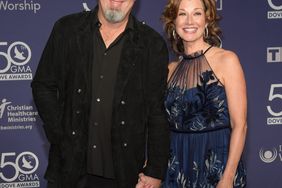 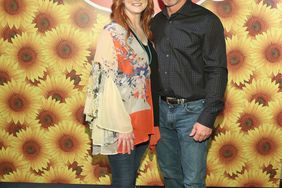 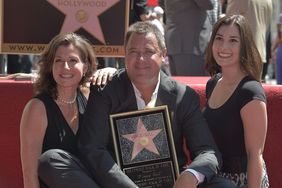 Vince Gill on Fatherhood, Being Fired from Christmas Breakfast, and His First Guitar