Little Lena was distraught when she realized she had nothing to leave the tooth fairy.

The Larmon family was on their way to baggage claim at Greenville-Spartanburg International Airport in the early hours of June 18, when six-year-old Lena realized she had left something very important on the plane.

"I was sleeping on the airplane. My mom woke me up … and we were going to go pick our suitcases up. And I said, 'Mommy, mommy, I think my tooth fell out,'" Lena recalled to Good Morning America.

The family from Lexington, South Carolina, had already been through the wringer. Their flight from New York—the last leg of their journey home from Norway—had been delayed 36 hours.

"We tried to walk back to the airplane, but security was closed. It was 2 a.m.," Lena told GMA. "I was like, 'We're never gonna find my tooth again!'" she said, adding that she began to cry when she realized she would have nothing to leave the tooth fairy.

That's when Captain Josh Duchow stepped in. Seeing Lena's anguish, Duchow, who piloted their United Airlines flight from New York, offered to write a note to the tooth fairy explaining the situation.

"Dear Tooth Fairy, Lena had a tooth fall out on her flight to Greenville," wrote Duchow. "Please take this note in place of her tooth."

He signed the note, "Captain Josh."

"In a world full of bad airline stories, @united came through when Lena fell asleep on her flight home and woke up without a tooth," she wrote. "Thank you, Captain Josh! I'm sure the Tooth Fairy will accept this note in lieu of a tiny tooth."

Lena told GMA that not only did the tooth fairy accept the note, she replied with a note of her own.

"She said, 'Lena, it is OK that you have lost your tooth on the airplane. I will get it. Keep brushing.'" 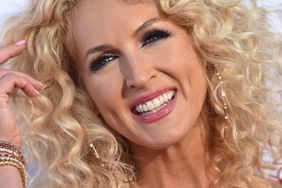 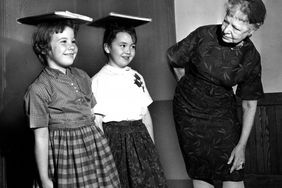 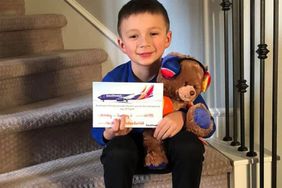