Everyone who vacations on the Outer Banks knows that it's not only the superb beaches and stellar restaurants that make this group of barrier islands off the coast of North Carolina so special. With a fascinating history (pirates, the Wright Brothers, "The Lost Colony," to name a few chapters in the Outer Banks records) and an even more fascinating cast of characters, the people and unique tales hailing from this region make the OBX even more captivating.

Now, vacation rental group, Twiddy & Company, will be bringing some of these fabled stories to life with Icons of the Outer Banks, a new online mini-documentary series depicting the lives of various Outer Banks game changers, whether they're fishermen or writers.

"From Walter Raleigh to the Wright Brothers, the Outer Banks was built on the shoulders of visionary men and women who worked tirelessly and, in many cases, sacrificed much to make this area a place locals love to call home and vacationers from around the world visit year-after-year," said Clark Twiddy, president of Twiddy & Company, in a press release. "We are proud to share this important documentary series that illuminates and celebrates these individuals who've had such an enormous impact on the area's history and identity."

Watch the first installment of the series about Richard Etheridge, a former slave and the first African American to lead a crew of surfmen in the U.S. Lifesaving Service below. In addition to Etheridge, other episodes slated to be released in the coming months include profiles of writer and photographer Aycock Brown and Shirley Austin, an avid outdoors woman in Currituck County, among others. Read the full press release here.

We're excited to get to know some of the luminaries from this special nook of the Tar Heel state and to learn more about the region in this new series. Who's looking forward to watching these episodes with us? 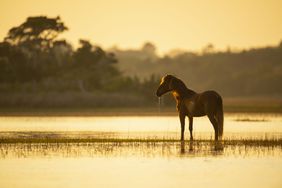 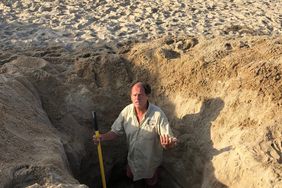 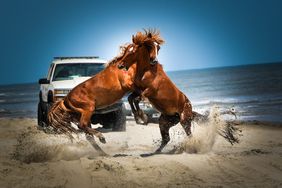