The family drove to California and back three times!

If we could be a fly on the wall in the household of Tim McGraw and Faith Hill for a few days that would be a real treat. Well, this summer, we may actually have wanted to be a fly in the country music power couple's 15-year-old Cadillac Escalade, as the case would have it. As we recently learned from country music website Taste of Country, the McGraw-Hill family made the most of cancelled tours and plans this summer with some quality time together road tripping. McGraw spilled the details in a recent virtual appearance on ABC's Live with Kelly and Ryan where the singer recapped his summer on the road—sans his regular touring bus.

"We did road trips this summer. Two of our daughters live in California, one's down in L.A., and one's up in Palo Alto. We don't want to fly. We don't want to do all of that, and, of course, we weren't touring or anything, so we had a little bit of time," explained McGraw.

"We got in our old 15-year-old Cadillac Escalade and drove out to California. We went the Southern way and spent a little while in L.A. and then drove up to Palo Alto and visited our other daughter, and then we took the Northern route home," he continued, adding that they did the trip about three times this past summer.

While McGraw clearly enjoyed all the family time, he's not so sure his youngest daughter Audrey, who recently graduated high school and turns 19 in December, feels the same way. "...All the way from March when the world changed she's been stuck with us pretty much solid the whole time. Which for us has been a blessing, because you know, a kid's senior year, you don’t get to spend that much time with them. They're so busy, especially toward the end of the year, and they're getting prepped up for college and leaving and doing all of that stuff," McGraw reflected. "So, for us, it was great that we got to spend that time with her and have her hang at home and take these road trips. but I think for her I think by this time now she just takes a big sigh and looks at us with disgust, she's so over us." Watch the full video clip below.

It certainly sounds like the McGraw-Hill family made the most of these difficult times and we hope Audrey can look back on quarantine life one day and be grateful for this summer of memories, even if most were at home.

And for all those stir-crazy young adults at home, here's a pro tip: Dancing to Tim McGraw music in your childhood bedroom works wonders for the soul. 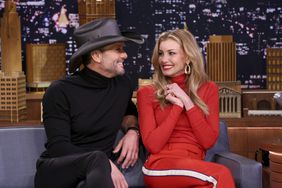 Spaghetti And Meatballs? For Faith Hill And Tim McGraw, It's Not Christmas Without It 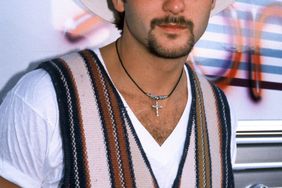 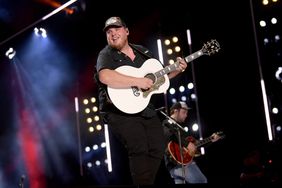