2020 Made Its Mark on the Turkey Business: What Southerners Need to Know This Thanksgiving

Gone are the days of the 20-pound turkey.

As the ongoing coronavirus pandemic pushes hosts around the country to begin planning pared-down Thanksgivings, turkey farmers are preparing themselves for an unprecedented shift in demand.

All signs point to significantly smaller celebrations this holiday season. Experts fear that this could lead to a run on small turkeys, increased demand for parts like whole breasts, and higher prices overall, The New York Times reports.

According to a consumer survey released last month, nearly 70% of Americans plan to celebrate Thanksgiving differently this year. This is likely due to new CDC guidelines that recommend skipping holiday travel and limiting Thanksgiving celebrations to people living in the same household.

Forty-three percent of Kroger shoppers, for example, say they plan to limit Thanksgiving to only the people already in their households.

"It's really the size of the celebrations that has changed," Joel Brandenberger, president of the National Turkey Federation, told the Times. "How that translates to the size of the bird people want is something we are a little less clear on."

Unfortunately, it's too late for turkey farms to shift course. The work required to bring baby turkeys, known as poults, to market size begins many months in advance.

"It's not an industry in which you can quickly pivot," John Peterson, whose family has owned the 140-acre Ferndale Market in Cannon Falls, Minnesota, for 80 years, explained to the Times. "For us to have any meaningful impact on changing anything for Thanksgiving, those decisions had to be made in March or April."

To compensate, some farms are slaughtering their turkeys early to ensure smaller sizes. Others are preparing to sell more turkey wings and breasts. Some are even talking about doing bigger chickens to give people options.

There is also hope that dividing Thanksgiving celebrations into smaller units could lead to the purchase of more birds overall.

"The silver lining is that people are actually interested in cooking. Almost half of consumers want to cook at home, and get better at it," Mintel analyst Dasha Shor told the Times. "I can see more young consumers for the first time in their lives hosting a small Thanksgiving at home and trying to roast their first turkey." 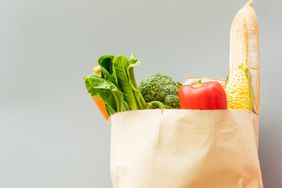 6 Simple Tips to Cut Down Your Grocery Bill