Montgomery's Seth Harding said he owes his success to his parents, family, and putting his faith in God.

This spring, Seth Harding received his law degree from the University of Alabama at just 19 years old.

This isn't the first time the home-schooled teenager from Montgomery, Alabama, has defied the odds. Harding graduated high school at just 10 years of age. He received his bachelor's degree from Huntingdon College at 16 before heading straight to law school at UA.

So, what's next for the legal prodigy? The Alabama Bar Exam, of course.

"For the past 100 years no one's ever sat for the bar in our state at the age of 19 or younger and I'll be the first," Harding told WSFA.

If he passes, he will become the youngest lawyer in modern recorded Alabama history.

Harding is currently employed as a law clerk at the Beasley Allen Law Firm in Montgomery. He has begun preparing to take the bar in July and is taking practice exams.

He told WSFA that actually got a passing score on his first try, "though I don't think that speaks anything to me," he said, humbly. "I think it just speaks to UA law and how fantastic of law school they are."

So, what's his secret? Harding said he wouldn't be where he is today without his parents, family, and putting his faith in God.

"I definitely so far have tried to live a life in reliance on God. I think perhaps it's been more necessary for me to do that then for some other people because I've been faced with a lot of big things at my age," he told WSFA. "Make the purpose of your life fulfilling [God's] purpose in your life and you will live a fantastic one."

We should note that Harding and his family are accustomed to living fantastic lives. His parents, Kip and Mona Lisa, have homeschooled all of their 10 children. So far, nine of them have started college by the age of 12. You can read about their story in their book, The Brainy Bunch: The Harding Family's Method to College Ready by Age Twelve.

Mom Mona Lisa told WSFA that she credits their brood's accelerated paths to homeschooling. "We feel that if you love your kids, you know your kids best, you know what their strengths and weaknesses are," she explained. "We think that any parent can home school you just have to hang in there and work through the rough spots."

Something tells us that it won't be long before the Harding kids are running the world! 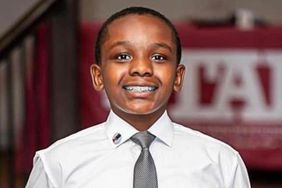 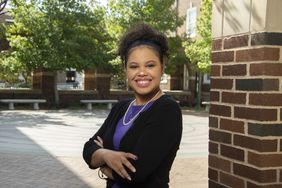 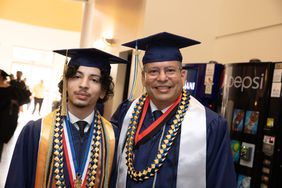 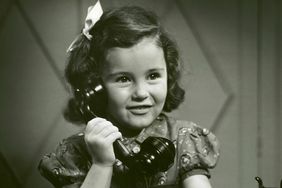