"We talked about that God is in control and that the Lord is leading me."

Scottie Scheffler shot a 1-under 71 to claim a three-shot victory over Rory McIlroy and win the Masters on Sunday.

Wearing his new green jacket, the 25-year-old University of Texas grad spoke to the media about the hours leading up to the career-defining moment at Augusta National.

"I cried like a baby this morning," he said. "I was so stressed out. I didn't know what to do. I was sitting there telling Meredith, 'I don't think I'm ready for this. I'm not ready—I don't feel like I'm ready for this kind of stuff.' And I just felt overwhelmed."

Before whipping up a big breakfast, Scottie told reporters that Meredith gave him a pep talk.

"She told me, 'Who are you to say that you are not ready? Who am I to say that I know what's best for my life?'" he said. "We talked about that God is in control and that the Lord is leading me. And if today is my time, then it's my time."

Scottie said it's the first time he's been emotional before a round.

"It's because it's the Masters," he said. "If you're going to choose a golf tournament to win, this would be the tournament I would want to win. ... This golf course and this tournament is just different."

WATCH: The Owners of the Only House Next to Augusta National Aren't Interested in the Golf Club's Millions

Scottie and Meredith met as students at Highland Park High School in Dallas. They dated through college, while she was a student at rival University of Texas A&M and married in December 2020.

We can't wait to see what this power couple does next! 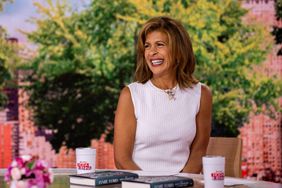 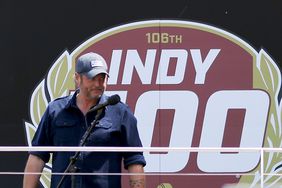 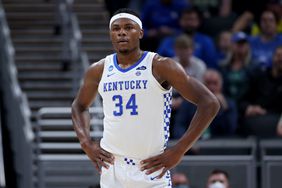