A deep love for horses drew Queen Elizabeth II to Kentucky five times in her life.

After 70 years on the throne, Queen Elizabeth II died Thursday afternoon in Scotland. She was 96 years old.

As the world grapples with the loss of the beloved monarch, we're looking back on Her Majesty's numerous visits to Kentucky—in particular, her 2007 visit to Louisville in which she experienced the "most exciting two minutes in sports."

The Louisville Courier Journal reports that Queen Elizabeth II's love for horses drew her to the Bluegrass State five times between 1984 and 2007. A lifelong equestrian, her final trip was to attend the 133rd Kentucky Derby at Churchill Downs with her husband of 73 years, Prince Philip.

David Sweazy, vice president of operations for Churchill Downs in 2007, recalled the complex logistics of the prestigious visit to the Courier Journal. He revealed that bullet proof glass was even installed on the balcony of the Fourth Floor Stakes Room to protect the Queen when she stepped out.

"We've hosted presidents, dignitaries, and all sorts of celebrities but the Queen's visit required the highest level of involvement from a planning and security standpoint," Sweazy told the newspaper. "Leading up to her arrival, we met for months and had 32 meetings with the British Secret Service, United States Secret Service, and local and state law enforcement. On some days, we met multiple times to go over every detail of the Queen's visit."

In a tweet following the news of her death, Kentucky Derby called the visit "one of our most cherished #KyDerby memories."

Queen Elizabeth started horseback riding when she was just three years old. She even once described it as allowing her to be "just another human being." The monarch was also a savvy racehorse owner, netting more than 451 total wins and more than $9 million in prize money over the years.

Rest in peace, Your Majesty. 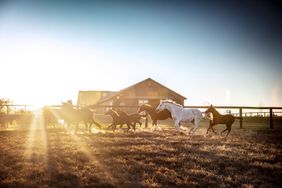 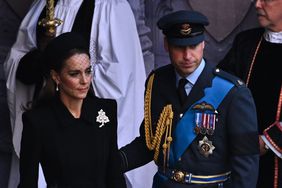 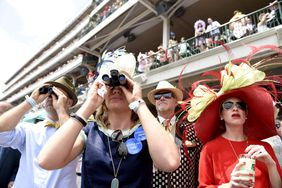 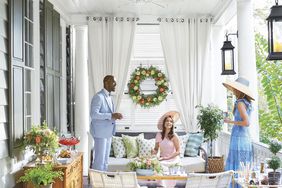 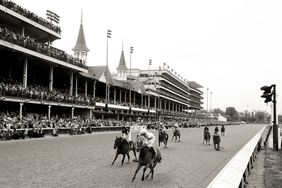 The Kentucky Derby will be Delayed Until September 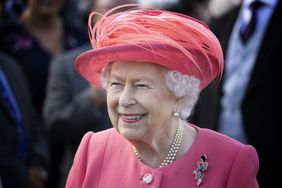 You Can Buy Queen Elizabeth's Go-To Hand Cream on Amazon 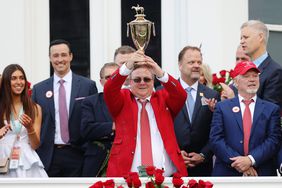