He won the impressive prize from a unique lottery game called the Bigger Spin during a live event taping.

Caddell's luck started when he purchased a $10 Bigger Spin scratch-off ticket during a late-night grocery run in Greensboro, North Carolina. Once he scratched to reveal the wheel symbol on his ticket, he knew he'd have the opportunity to spin for up to $2 million. At a minimum, he'd win $400,000.

"I just praised God," he said during the Bigger Spin Live event, referencing the moment he won the scratch-off. "I didn't know what to say. I was just in shock."

On Wednesday, Caddell, who served in the Vietnam War from 1970-1971, visited the Bigger Spin Live set where he was the first of two lottery winners to take his chances at wheel.

As the oversized Price is Right-esque wheel spun for several nerve-wracking seconds, Caddell waited in anticipation. The ticker almost blew past the $900,000 prize to land on a smaller $500,000 prize but barely stopped short.

"I feel so blessed," Caddell told the North Carolina Education Lottery. "My eyes were on the $2 million. I didn't know how many times the $2 million was on there. After the first time, I was like, 'I would be happy with anything.' It was just an exciting moment. That wheel is exciting."

After state and federal taxes, Caddell took home $637,015. He said he plans to donate 10% to his church, pay off the mortgage on his condo, and possibly buy a new house with the winnings.

Congratulations, Truman! We couldn't be happier for you! 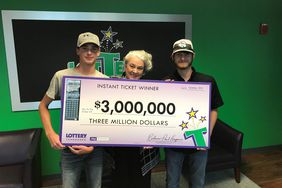 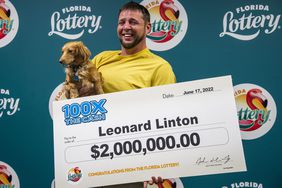