“I must’ve just been running on adrenaline.”

A Maryland fire department is praising one of its own as a "true public servant" after she brushed aside her own needs to care for a civilian in danger.

Megan Warfield is a career firefighter with Baltimore County and a member of the Bowleys Quarters Volunteer Fire Department. The 30-year-old was heavily pregnant and on desk duty when involved in a multi-car collision earlier this month. Despite her condition, she sprung into action to help another driver trapped in an overturned car—ignoring any chance that she herself could be injured.

"I started to climb in [the overturned car] with her, but then I was like, 'What are you doing? You're nine months pregnant,'" Warfield recalled to Today. "I ended up holding onto her to keep her in place because I wasn't sure of her injuries at the time.

"It was also important that I keep her calm," the mom of two added. "It was a pretty traumatic event."

Shortly after paramedics arrived, Warfield went to a hospital to get herself checked out. The accident had induced labor and, as she would later learn, knocked her unborn baby into a sideways position.

"I don't know how I did what I did because the cramping was so bad," Warfield recalled to Today. "I must've just been running on adrenaline."

Less than 24 hours later, Warfield and her boyfriend, Joshua Daugherty, added a third child to their family: a healthy little girl named Charlotte. 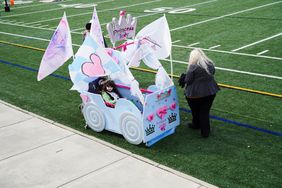 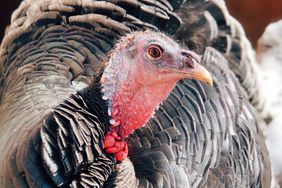 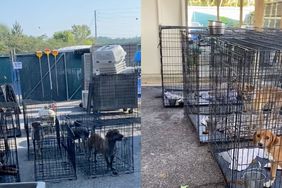