105 People Picked Up the Tab of the Car Behind Them at the Pace, Florida, Whataburger Drive-Thru

"What we've gone through in the past year, to have that much hope be delivered in a row, that is absolutely phenomenal."

To be Southern means to love thy neighbor and love thy Whataburger, are we right?

To that point, patrons of one Whataburger in the Pensacola suburb, Pace, embodied the best of both virtues with a chain of more than 100 customers buying food for the people behind them in the drive-thru line.

Per Mobile-based television station WKRG-TV, this extended gesture of generosity started on Friday morning when a regular customer decided to pick up the tab for the woman's car behind him at the drive-thru, creating a ripple effect that lasted 105 cars strong.

"She was kind of a little bit shocked from that," Travis Ramsay, general manager of the Whataburger, told WKRG of the first recipient of this random act of kindness. "Of course she was more than willing to get the person behind her."

"It was so exciting for me to be able to be a part of that — just to be able to talk to that next guest and say, 'Hey, somebody got the order in front of you but not just that person. Right now, we're at 20, we're at 50," Ramsay continued, reflecting on Friday's happenings. "What we've gone through in the past year, to have that much hope be delivered in a row, that is absolutely phenomenal. It just makes folks' day, and probably even some of their month, and even just brand-new year." Especially during these socially isolated and difficult times, we certainly agree. You can watch the full news segment from WKRG below.

If we take anything from this sweet story, it's definitely the reminder that a simple gesture, especially now, like buying a stranger's lunch can make a world of a difference. What one small, good thing will you do today? Let's all spread more love and Whataburger — it's the Southern way. 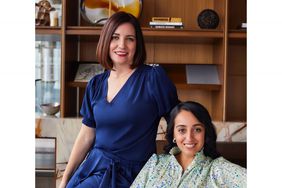