Beth Bays has been wowing her Southwest Virginia town with elaborate hay sculptures for more than a decade. In fact, you might recall her Will-Hay Nelson sculpture, which made headlines last year.

This time around, the Huddelston farmer-slash-hay artist and her family are bringing Charlie Brown's Christmas to life.

Why? "Because I was so peeved that Apple TV bought the rights to it and it was no longer going to be on regular tv, free for the masses!" Bays tells Southern Living. "Charlie Brown is a quintessential childhood Christmas memory and I thought I could at least bring some Peanuts love to my little corner of the world."

With help from neighbors and friends, it took Bays about a week to build Charlie Brown, Snoopy, Woodstock, and the iconic red doghouse. 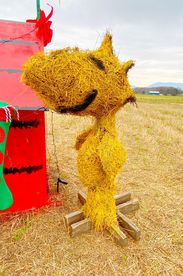 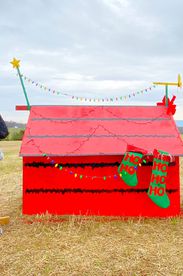 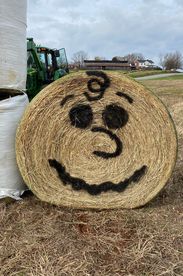 "The whole community really comes together and loves to be a part of it every year. When we're working on them it's a constant stream of cars honking and waving and stopping in the road to thank us and tell us how much they enjoy it," she said. "I think that happened even more than normal this year. People really needed some little bit of happy in 2020 and I hope we gave that to them."

Fortunately for Bays and the rest of us, Apple gave in to the Peanuts backlash, announcing it had teamed up with PBS for an ad-free broadcast of A Charlie Brown Christmas on December 13.

To see the Peanuts pieces in all their glory, swing by Buckscrape Farms on Tolers Ferry Road in Huddleston!