Her message on this momentous occasion? “Do not take life too seriously.”

Johnson was born in New York City on June 28, 1922, as part of the Greatest Generation. A first-generation American, she moved to New Orleans after World War II. She has lived in the Crescent City ever since, raising her family there and welcoming two daughters, three grandchildren, and six great-grandchildren who help her keep a positive outlook on life. "Do not take life too seriously," Johnson said about reaching her centenary, per a press release.

Taking her own advice to heart, to celebrate her 100th birthday, Johnson took to the skies, zipping across a New Orleans swamp with Zip NOLA. Escorting her on the adventure were three generations of her family, including her daughters, grandkids, and great grandkids.

Johnson's daughter, Nancy O'Leary, credited her mother's active life and "rambunctious family time" for helping her stay young and up for taking a zipline ride—through a swamp—to mark her 100th birthday. Based on the video of the event, it's clear that Johnson was all-in for the fun, dutifully helmeted and strapped in to fly over the flooded cypress tupelo swamp. It was the perfect celebration for Johnson who believes in living life while you can. "You don't make a big thing out of little things," Johnson said, per the press release. "Your health is an everyday thing. Use it. Enjoy it."

Thanks to that attitude, she is now one of the oldest women in America to ride a Zipline! 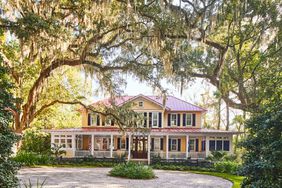 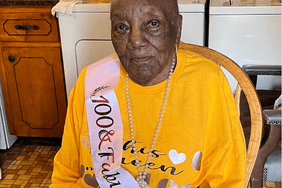