Anna Stolinsky was escorted by 20 police motorcycles and 5 patrol cars to her first day of kindergarten earlier this month.

Officers from the La Vergne Police Department in Tennessee performed the moving gesture in honor of the five year old's late father, 44-year-old Sgt. Kevin Stolinsky, who died of a heart attack while on duty last year.

On August 8, Anna and her mom Casey were driven from their home to Lancaster Christian Academy in Smyrna in the patrol car of Kevin's lieutenant David Durham.

"He was the one who drove us to the hospital the night we got the call (about Kevin)," she told Today. "I sat in that same seat."

When they pulled up to the school, dozens of her father's colleagues were lined up to send her off.

"Today was the first day of kindergarten for Anna Stolinsky, daughter of La Vergne Police Lt. Kevin Stolinsky who passed away on November 12, 2021," La Vergne Police Department captioned a video of the heartbreaking moment on Facebook. "In honor of her father and in support of her family, Anna and her mom were given a police escort to school and then were surrounded by officers from multiple departments as she made her way to the front doors."

"Anna even went back to give each of the officers a high five to thank them for helping her get to school safely," the post concludes. 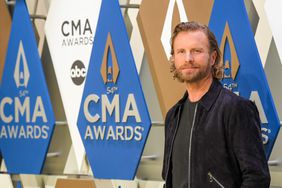