"I had to make a decision if I was gonna keep my lifestyle the way it was or if I'm gonna take care of my people."

Country music superstar Kenny Chesney is one of countless entertainers forced to stop touring amid the coronavirus pandemic.

In March, Chesney postponed the first set of dates on his latest tour, which had been set to open April 18 at AT&T Stadium in Darlington, Texas. Further dates are still in question, though they will almost certainly be delayed for safety reasons.

"We were building the beast when all this went down—literally in the middle of designing the light show and getting all the video content together," Chesney explained in a recent interview with the Los Angeles Times. "Me and the band were rehearsing all the time. Then all of a sudden it just stopped."

The crooner said that the reality of the situation began to set in as big names like the Rolling Stones moved their stadium dates. "I got really nervous, as anybody would be that employs as many people as I do." Chesney recalled.

As much as he loves touring, the Knoxville native thought first of his 120 employees.

"Thank God I don't have to let anybody go this year," he said of his band and crew. "Now, if we don't play the next two or three years, it's really gonna change the dynamic of my life. And I'm not gonna lie — it's expensive."

Without getting into the numbers, Chesney revealed that keeping everyone employed is costing him big bucks.

"I looked at the numbers and went, 'Oh my God, this is overwhelming,'" he said of the initial shock. "And, look, it's affecting my life — I'm not gonna say it's not. But I had to make a decision if I was gonna keep my lifestyle the way it was or if I'm gonna take care of my people." 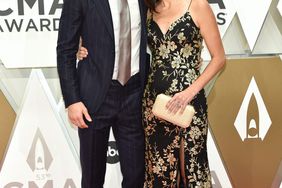