It’s a Thanksgiving blessing and a Christmas miracle all rolled into one.

A few days before Thanksgiving, Justin Timberlake gave a Tennessee family one more thing to be grateful for.

Jake Stitt is a local celebrity in Morristown, Tenn. The teen living with cerebral palsy likes to sit outside his family home and hold up a sign asking folks to honk if they’re happy, according to local news site WVLT. He undoubtedly gets a lot of people tooting their horns for him in thanks for spreading a little good cheer. Jake is well-known in his town, so when it became clear that he needed a wheelchair-accessible van, his community rallied around him.

You see, Jake’s dad, Tim Stitt, a military veteran who is his son's sole caregiver, has been losing function in his hands, making it difficult for him to get his son in and out of the car safely. A wheelchair-accessible van would mean that Tim would no longer have to lift Jake out of his chair when traveling somewhere, giving them both a little comfort and security. Unfortunately, those vans are expensive, costing around $35,000.

Jake’s community rallied together to raise money for him, but even with all their fundraising, the van fund was still short. That’s when one of Tennessee’s most famous native sons, Justin Timberlake stepped in.

The actor and singer bought the $35,000 van for the Stitts, local CBS affiliate WJHL-TV reports. Timberlake, who grew up in Millington, Tennessee just outside of Memphis, had heard the story and wanted to help. To tell the Stitts the good news, Timberlake had a video chat with Jake. “You inspire me, Jake,” Timberlake told him according to WJHL. “You’ve gotta keep that going! You guys have got to use this van to honk all over town!”

Even better, according to WVLT, the money raised for the van is going to the family to further help the Stitts. It’s a Thanksgiving blessing and a Christmas miracle all rolled into one. 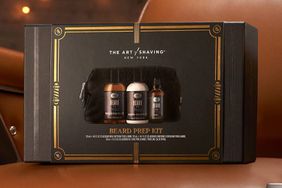