The hallways at Johnston Elementary are wrapped in paper hearts.

Lamere Johnson, a first-grade student at Johnston Elementary, in Johnston, South Carolina, already had three open heart surgeries by the time he was three years old.

His mother Contessa Culbreath, explained to Good Morning America that Lamere has a birth defect called hypoplastic left heart syndrome, which inhibits blood flow through the heart and causes an underdevelopment of left side.

Now seven years old, doctors say that Lamere is in need of a new heart.

Lamere currently attends school wearing a special backpack with an IV that keeps his heart valves open. When his teachers and classmates learned that he was on a transplant list, they decided they wanted to help make sure his family is ready when the time comes.

Makinzie Corley, a pre-K assistant at Johnston Elementary School, helped the students launch a service project called "Hearts for Lamere," with the goal of providing enough financial support for the family that Culbreath can take time off from work when a new heart becomes available.

"We are a 'Leader in Me' school, and our kids learn each year the 7 Habits of Happy Kids and how they can become great people as they grow up," Corley explained to Southern Living. "As part of that we like to get involved in different service projects as often as we can and give back whenever there is a chance to do so. It just so happens that one of our own is in need and so we jumped right on the opportunity to get our kids involved."

Corley helped students start making and selling paper hearts for $1 each. All of the money they raise goes directly into an account set up on Lamere's behalf by Children's Organ Transplant Association (COTA).

"Whenever a child or staff member buys a heart, I put their name on it and tape it to the wall, forming a chain of hearts which we started at his [Lamere's] classroom door. But very quickly and right before our eyes, this project took off," Corley explained. "Members of the community began coming into our school to donate, and then several other schools got involved and started selling hearts to their students and faculty in the same fashion. People have been coming out of the woodwork to contribute!"

"Lamere, he is truly a blessing to everybody he meets," Corley told GMA. "He's spunky, and he just loves life. I can't even explain his spirit. He loves coming to school." 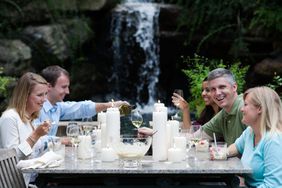 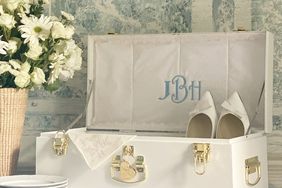