Last March began like a typical March at the Farm at Davidson College: busy. Seedlings filled the greenhouse, while early crops sprouted from the field. Joe Rowland, the farm manager, guided students in plans for the months ahead, of planting, growing, and harvesting vegetables. This 100-acre farm has become one of the most popular classrooms at the North Carolina college, where students of all majors vie for spots to get outside, get dirty, and learn the science of growing. The dining hall then uses this produce in its dining hall, in a student center farmers market, and even in a campus CSA program.

But, of course, last March was anything but typical. COVID-19 came, and students had to go home. Campus shut down, leaving the farm without its workers and its sole customer.

Rowland sought a new pandemic-era purpose for this farm—and for himself. He thought of people who used sewing talents to make masks; he thought of the famed cellist Yo-Yo Ma, who offered music as comfort. Rowland looked at the sprouting farm and had an idea.

"I'm not going to play the cello, and I can't make masks, but I can grow vegetables," Rowland says. "That's how we all got through [the pandemic]: Whatever you could do, you had to go and do it. Put it out there and help your community. So I set out to not let any food go to waste. People needed it."

About five miles away, Lara Ingram—executive director of FeedNC, a food pantry—faced another problem. As more neighbors lost jobs, the community need for food surged 164 percent. But grocery store aisles were nearly bare, and donations dropped by half. At the time of greatest need, the food pantry faced its own food shortage.

In late March, Ingram received a call from Rowland: Would FeedNC like donations of produce from the Farm at Davidson?

"It was a godsend. Fresh produce is hard to find and expensive to find," Ingram says. "A lot of our families are working poor. They're holding down two jobs to pay the rent. They have homes and kitchens, and they just want to cook healthy food for their children."

Davidson neighbors volunteered to help Rowland plant. Within weeks, the soil began to produce vegetables that Rowland delivered to FeedNC. Last year, more than 22,000 pounds of this produce filled grocery bags, delivered to the elderly and homebound. It stocked the food pantry, where people in need could come to shop; it filled healthy to-go-meals, prepared at the food bank. This produce even became medicine. Through a partnership with a local health clinic, FeedNC fills food prescriptions to help people manage chronic health conditions—only these prescriptions call for medicine like blueberries and greens.

While farm-fresh produce has become somewhat of a luxury item, FeedNC and Rowland worked to bring neighbors—regardless of income—access to nutritious food. Ingram says that FeedNC, as well as many food pantries, savors donations from farms and backyard gardeners.

"Our folks just don't get enough access to healthy food," she says. "We get a lot of bread and pastry [donations] … But access to a fresh, healthy range of fruits and vegetables are what really makes a difference in their health."

'A Beautiful Example of Community'

When some students returned to campus in August, a group joined Rowland in his work to grow food for neighbors in need. Volunteers from the surrounding community still call him to ask how they can help. And even as campus refills this year and the dining hall once again needs this produce, Rowland hopes to maintain the connection between this college farm and its neighbors in need, who came together during a time that no one will forget.

"It's a beautiful example of community," Ingram says. "Davidson [College] had a hard year, too. … But the college was willing to help other people in that moment. … It's the best of human care and compassion during a really difficult time." 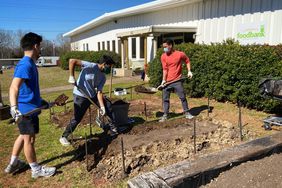 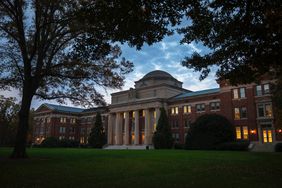 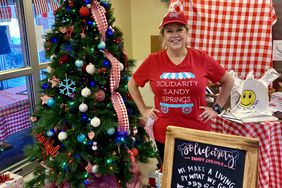