JoAnna Garcia Swisher dishes out some updates about the duo's love story.

Sweet Magnolias may have debuted on Netflix in May, but we still can't stop thinking about the fictional South Carolina town of Serenity and all the characters we met there. Now that the runaway hit has officially been renewed for a second season, we've found our minds wondering what's in store for Maddie, Helen, Dana Sue, and the crew. (Warning: As you probably gathered from the headline, spoilers lie ahead.)

Yes, we're antsing to know what happened with that dramatic car crash in the final episode, but beyond that cliffhanger, we're curious about so much more. What's going to happen with Helen and Erik? Is Dana Sue Isaac's mother? Will her restaurant have to shutter its doors?

But, perhaps, above all, we can't stop thinking: What the heck is going to happen with JoAnna Garcia Swisher's character, Maddie, and her budding romance with Cal (played by Justin Bruening)? Well, it appears some cats are out of the bag now, courtesy of a recent interview Swisher had with lifestyle website PureWow.

"From what I understand, they will end up together at the end. But I think that there's going to be a little bit of a rocky road there," she reported to the outlet of Maddie's relationship with Cal. In the interview, Swisher concedes that things could change given the evolving coronavirus situation, saying, "Pre-COVID, I would have thought she'd get a new love interest, but I don't know. They'll probably try to keep things as simple as possible. But I mean, Maddie should have a little fun before she settles down again, right?"

No matter what happens, it seems fans are in for quite the crazy ride in the upcoming season. "It's going to be very dramatic...There's going to be a lot of juiciness in season two—more so than the first season," revealed Swisher, who admittedly hasn't read the scripts yet.

We sure wouldn't mind packing our bags and landing in Serenity this week. For now, we'll just have to get to reading the book series Sherryl Woods the show is based on and rewatching season one. There are worst ways to spend a melty-hot summer afternoon. 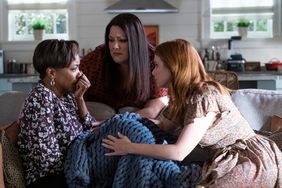 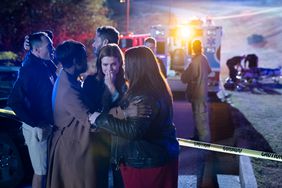 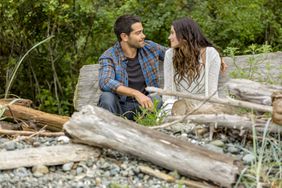